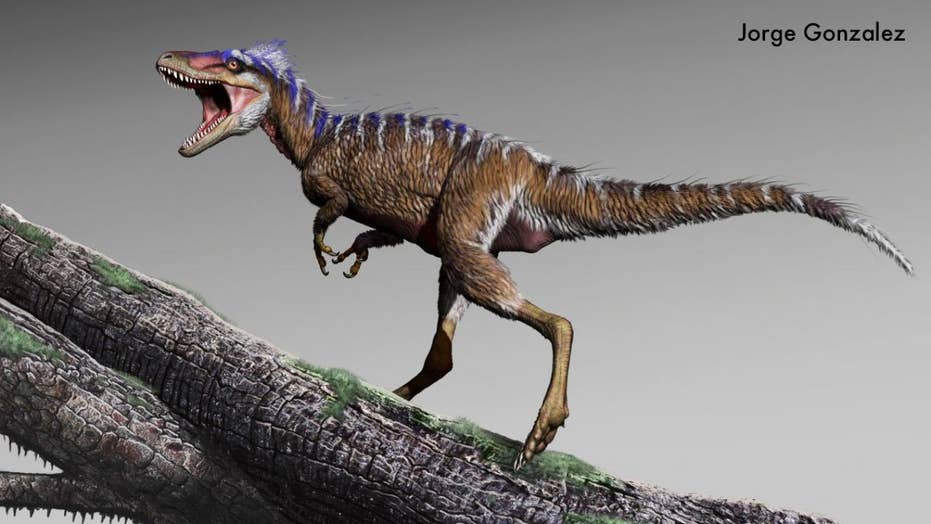 4-foot-tall T. rex cousin discovered, was a 'harbinger of doom'

Tyrannosaurus rex may be among the most well-known and terrifying dinosaurs to walk the Earth, but a newly discovered 4-foot cousin was likely just as scary.

The Tyrannosaurus rex may be among the most well-known and terrifying dinosaurs to walk the Earth, but a newly discovered 4-foot cousin was likely just as scary.

“Moros was lightweight and exceptionally fast,” Zanno said in a statement. “These adaptations, together with advanced sensory capabilities, are the mark of a formidable predator. It could easily have run down prey, while avoiding confrontation with the top predators of the day."

“Although the earliest Cretaceous tyrannosaurs were small, their predatory specializations meant that they were primed to take advantage of new opportunities when warming temperatures, rising sea-level and shrinking ranges restructured ecosystems at the beginning of the Late Cretaceous,” Zanno added. “We now know it took them less than 15 million years to rise to power.”

In addition to the small height, it's thought it only weighed 78 kilograms and reached maturity between 6 and 7 years.

Zanno and her team of researchers found teeth and a hind limb from the new tyrannosaur in an area where she had previously discovered Siats meekerorum, a giant meat-eating carcharodontosaur that was alive during the same period.

The findings were made in the western part of Utah, an area that was part of a "lush, deltaic environment" during the Cretaceous period.

The findings were published in Communications Biology.