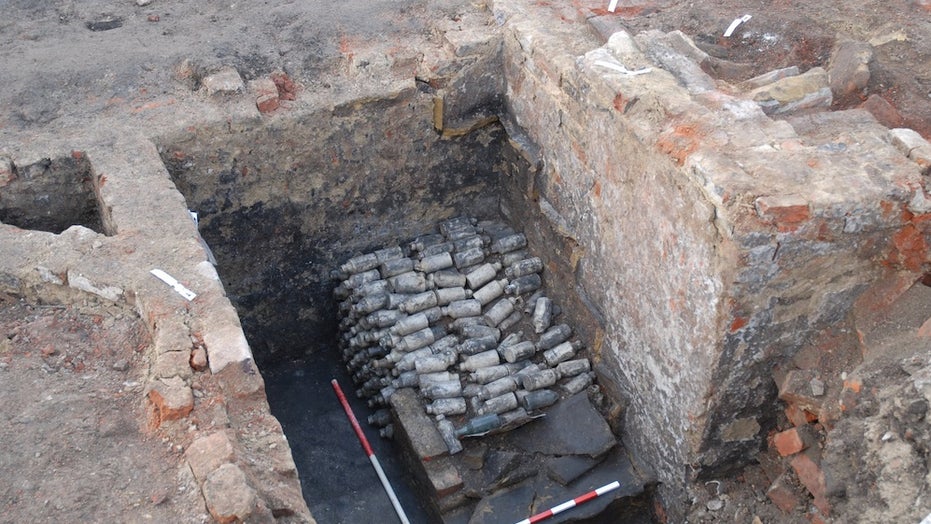 More than 600 old beer bottles dating to the 1800s were found underneath a cellar staircase.

Archaeological Services WYAS first discovered them in February within the remains of what was once the Scarborough Castle Inn in Leeds, England, and promptly sent the bottles away to be analyzed.

Researchers first thought they may have contained ginger beer.

However, according to a Facebook post from Archaeological Services WYAS, the bottles actually contained alcohol -- and high concentrations of lead.

The organiztion said the bottles contained beer with a pH of 5.07 and an alcohol content of 3 percent ABV. However, the liquid contained 0.13mg/l of lead, far above the WHO-recommended safe level in water of around 0.01mg/l.

OVER 60 PERCENT OF US HOSPITALS NOT PREPARED FOR CORONAVIRUS INFLUX OF PATIENTS: SURVEY

The high metal count is believed to be from the lead pipes in use at the time, and researchers advised against drinking the beer.

The developer reportedly plans to keep the bottles and feature them within the new development of the former Tetley’s Brewery.

“This excavation is giving us a great opportunity to uncover a part of Georgian and Victorian Leeds. The results so far are giving a real insight to the daily lives of the former residents of Leeds during this period,” Williams said.