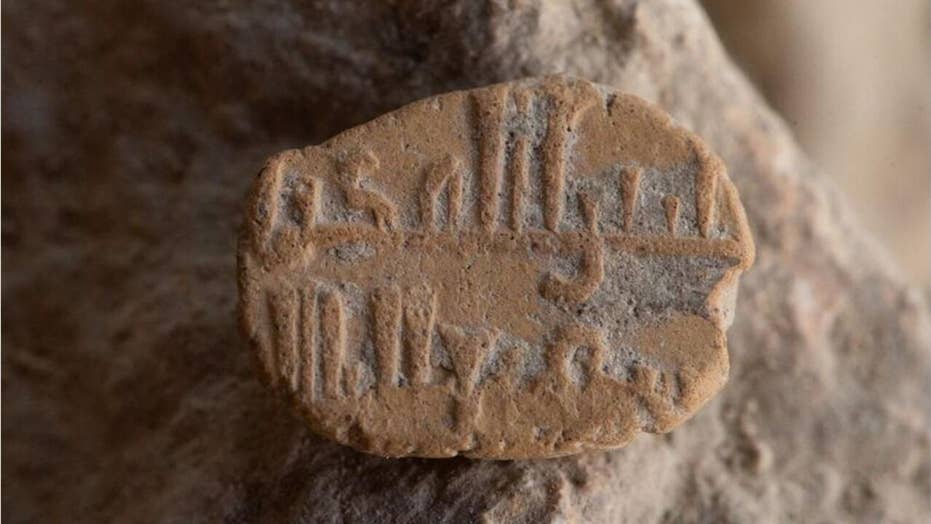 Rare clay amulet discovered in the City of David

Rare clay amulet with a personal blessing discovered in the City of David.

Archaeologists in Israel have unearthed an extremely rare ancient clay amulet with a blessing in Arabic.

The clay artifact, which dates back to the 9th or 10th century, was uncovered during the excavation of a parking lot at the City of David archaeological site.

The tiny amulet, which is only 1 centimeter in size, features a two-line inscription in Arabic, which is either a blessing or a personal prayer. “Kareem trusts in Allah,” and “Lord of the Worlds is Allah,” it reads.

“The size of the object, its shape, and the text on it indicate that it was apparently used as an amulet for blessing and protection,” explained excavation directors Prof. Yuval Gadot of Tel Aviv University and Dr. Yiftah Shalev of the Israel Antiquities Authority, in a statement.

Discovered sealed between plaster flooring during the excavation of a small room, the amulet offers a fascinating glimpse into life in Jerusalem during the early Islamic period. However, experts are unsure whether it was deliberately buried under the floor or simply lost by a man named Kareem.

“Because this amulet does not have a hole to thread it on a string, we can assume that it was set in a piece of jewelry or placed in some sort of container.”

While shards of pottery and a lamp discovered near the amulet date back around 1,000 years, archaeologists are still uncertain what the site was used for. “The poor preservation of the architecture make the purpose of the structure difficult to determine,” they said, in a statement. “It is interesting to note that several installations indicate cooking activities that occurred here. Modest structures from the same period were found in prior excavations at the same site, including residential homes interspersed with stores and workshops. It is reasonable to assume that this structure was used as part of that same industrial zone.”

Israel continues to reveal its archaeological secrets. In a separate project experts uncovered an ancient burial complex in Northern Israel that dates back around 2,000 years.

The rock-hewn burial cave was recently discovered during construction work in the city of Tiberias. Ancient robbers likely plundered the cave, according to archaeologists.

The cave, which dates back to the Roman period, was blocked up in order to protect it, and it will studied by experts from the Israel Antiquities Authority.

There have been a number of fascinating finds in the region in recent years. Archaeologists in Israel, for example, have uncovered a site that may offer fresh insight into the ancient biblical kingdom of David and Solomon. In another project a trove of bronze coins, the last remnants of an ancient Jewish revolt against the Roman Empire, were recently discovered near the Temple Mount in Jerusalem.