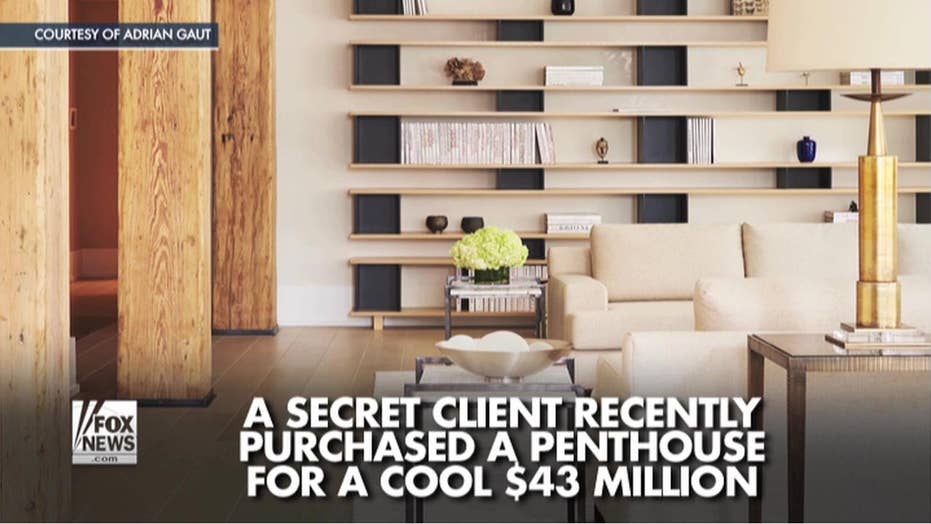 Here’s where A-list celebrities are flocking to live

Tribeca’s 443 Greenwich Street offers luxury and privacy to Hollywood’s elite. But it comes with a hefty price tag

There are few places outside the annual Met Gala that could bring together as diverse a crowd of A-list names as 443 Greenwich, a brick book bindery and New York City landmark converted in 2014 into luxury homes.

Last month, funny woman Rebel Wilson was the latest addition to a roster of celebrity homeowners in the posh building, spending nearly $3 million on one of the development’s smaller units. Her new neighbors include English boy-band singer Harry Styles, who keeps a nearly 3,000-square-foot pied-a-terre in the building, and actor Jake Gyllenhaal, who recently snapped up a similar unit for more than $8.6 million. The doorman and valet have the envious task of helping those and other stars ranging from Meg Ryan to Blake Lively and husband, Ryan Reynolds.

Were you able to get inside, you would also find the newly purchased penthouse of Jessica Biel and pop king hubby, Justin Timberlake — but don’t expect to. The very reason this 53-unit building has attracted so many paparazzi prey (as well as business and IT executives, young hedge fund managers and wealthy retired couples) is because of its very keen emphasis on absolute privacy, from elevators where you’ll never ride with a neighbor to a double-gated parking garage.

Richard Cantor, whose brokerage Cantor-Pecorella leads the building’s sales and marketing, said the sales team and developers have struggled to keep their clientele out of the press, a challenge given the army of New York City real estate sleuths tracking sales in public records.

Cantor would not disclose or confirm any buyer, celebrity or otherwise. But he acknowledged that developer Nathan Berman, founder of Metro Loft Management, had privacy in mind when turning the 19th-century factory into residences.

“The idea of privacy was very important to him,” Cantor said. “Buyers who were paying this kind of money and buying this kind of luxury would want to have a kind of anonymity that’s hard to come by, as well as privacy for security and safety purposes. So he created a number of sort of privacy zones.”

Residents at 443 Greenwich St. are free from an annoyance that city dwellers often face: The awkward elevator ride.

“A celebrity might be uncomfortable sharing an elevator, so we have what’s called ‘VIP service,’” Cantor said.

The function is still being installed, but once up and running, Gyllenhaal will never have to share an elevator with JT and his toddler, Silas.

Every apartment has front-door access to one of eight private lifts, which won’t stop to pick anyone else up or drop anyone else off until the rider is out, Cantor said. No small talk necessary.

Amenities at 443 Greenwich include the standard slate of new development conveniences: a lap pool, a shared roof deck, a wine cellar and a fitness center. There’s even unique offerings like a hammam and steam room, a children’s playroom and a massive 4,000-square-foot central courtyard.

But a valet-attended garage with a double-gated entry has attracted clientele keen on ducking shutterbugs and obsessive fans. There are two gates into the garage, the first being a historically landmarked wrought iron gate. The second requires an electronic pass — something like an E-Z Pass attached to the car — to gain entrance.

“Paparazzi couldn’t just run down to photograph or ask for an interview,” Cantor said.

Mitchell Wasser, director of leasing and marketing for Metro Loft, said that stretch of Tribeca on the West Side may be ultra trendy, but luxury buyers would be hard-pressed to find a building parking garage with a lobby and 24/7 valet.

“It’s a feeling of safety when someone is there to greet you,” Wasser said. “There are not many buildings in this neighborhood where you have the ability to drive into a garage that has a lower lobby, drop off your car and never be seen.”

The developers laid out the units so that most bedrooms look out over the old factory’s central courtyard. Renowned landscape architect Hank White, who also did The New York Times Building’s landscaping, turned that once-industrial core into a lush garden that offers the kind of silent solitude apartment dwellers in the Big Apple rarely have outside their bedroom window.

One celebrity owner who shall not be named bought a four-bedroom corner unit and liked the building so much that they bought another next to it, said Cantor. With their affinity for country living in mind, the new owners enhanced the already rustic interior elements by architect CetraRuddy, like wood ceiling beams and large arched windows, with exposed brick walls.

Plus, added Cantor, “there’s no question that one of our celebrity buyers loved the place so much that they talked to their friend and they ended up buying.”

A sign that buyers there are interested in a long-term home rather than a fleeting investment: There are few rentals. There were six past rentals and two current listings, according to data on StreetEasy.

Three of those rental units are connected to the building developer, who wanted to keep a longer-term stake in the building’s future appreciation, Wasser said. Two other units are up for rent only until the buyers can arrange a permanent move to New York City.

In some cases, younger buyers have acquired apartments with the aspiration of filling them with a growing family.

“People are are looking to move in long-term,” Wasser said. And at an average of close to 4,000-square-feet per unit, you could even “live with two teenagers” in these apartments, he joked.

One of the new residents at 443 Greenwich spent $43 million on one of the eight penthouses after house hunting for five years in the neighborhood, Cantor divulged — though he wouldn’t name names.