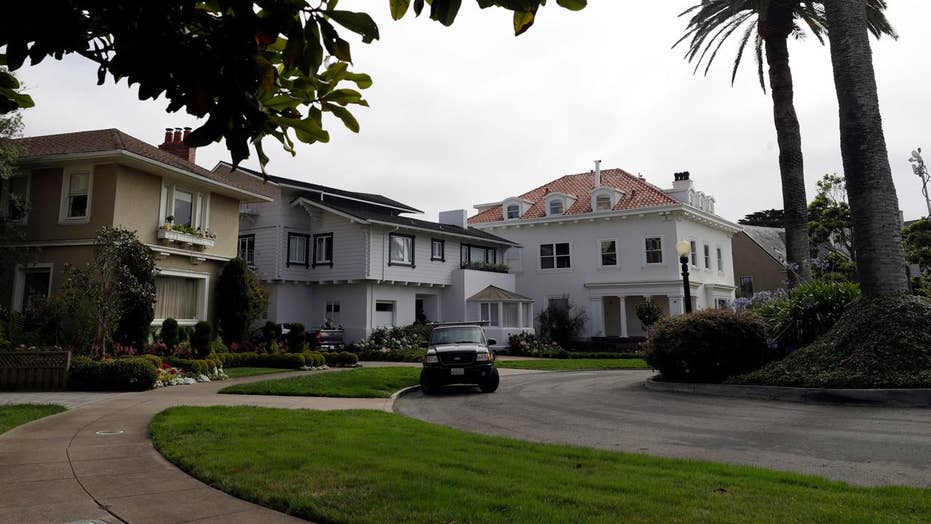 Residents of San Francisco’s exclusive Presidio Terrace neighborhood hired a lawyer in hopes of winning back the private street they lost to an investor for $90,000 back in April 2015, but some say they don’t have a case.

Many of the extremely wealthy residents didn’t even know the street was up for sale and were not pleased after it sold.

Presidio Terrace is an oval-shaped street sealed off by a gate from the tony Presidio Heights neighborhood. Lined with towering palm trees and multimillion dollar mansions, the street has been home, over the years, to famous residents including Sen. Dianne Feinstein and House Democratic leader Nancy Pelosi.

Thanks to a city auction stemming from an unpaid tax bill, Bay Area real estate investor Michael Cheng, and his wife Tina Lam, bought the street and now own the sidewalks, the street itself and other areas of "common ground" in the private development that, the San Francisco Chronicle reported, has been managed by the homeowners association since at least 1905.

It turns out the homeowners association for Presidio Terrace failed to pay a $14-a-year property tax, something that owners of all 181 private streets in San Francisco must do, the Chronicle reported.

So the city's tax office put the property up for sale at the cost of $994 in an online auction to regain unpaid back taxes, penalties and interest. The couple eventually won the street with a $90,100 bid.

Scott Emblidge, the attorney for the Presidio Homeowners Association and former assistant city attorney, said in a letter to the city that the owners failed to pay because the tax bill was mistakenly being sent to the address of an accountant who hadn't worked for the homeowners association since the 1980s, the Chronicle reported.

Emblidge said the residents didn't know their street was put on the auction block, let alone sold, until May when a title search company hired by Cheng and Lam reached out to ask if any residents had interest in buying back the property.

That was one of several options Cheng and Lam have considered for making the investment pay off.

Another option is to charge residents to park on their street — and rent out the 120 parking spaces that line the grand circular road.

"As legal owners of this property, we have a lot of options," Cheng said, adding that nothing has been decided.

The Homeowners Association will meet with the Board of Supervisors in two months to argue for the reversal of the sale. Emblidge will head up the legal battle. They also hired former city attorney spokesman Matt Dorsey and Boe Hayward, onetime chief of staff for ex-Supervisor Bevan Dufty, to work with politicians behind the scenes and the media to get the story out.

But despite their heavy-hitting team, it might not be enough to win.

“Unless they can show clearly and convincingly that proper procedures were not followed, I see no reason to rescind the sale,” said Supervisor Aaron Peskin, who was recently visited by the homeowners’ team of advocates, according to the San Francisco Chronicle.

“Sales like this happen every day to all kinds of people and businesses,” he said.