The Property Brothers just launched a new venture, here’s an inside look

Drew and Jonathan Scott have put $2.5 million of their own money into an e-commerce site focused on design.

According to “Property Brothers” Drew and Jonathan Scott, two of the basic hues offer no allure on interior walls for potential homebuyers. In a recent episode of “Property Brothers: Buying and Selling,” contracting pro Jonathan broke the difficult news to their client Rosanne that the red and yellow walls of her home had to go.

"Yellow walls don't really sell these days," the 41-year-old told their client in “Condo Dreams,” as per Realtor.com.

Worse yet, at another point in the episode, the HGTV star declares that their team must "get rid of that angry 90s red wall” as well — which they reportedly remove in its entirety.

His twin brother, too, voiced similar aesthetic advice for the hopeful home seller, who kept skeleton and skull décor displayed all year round. 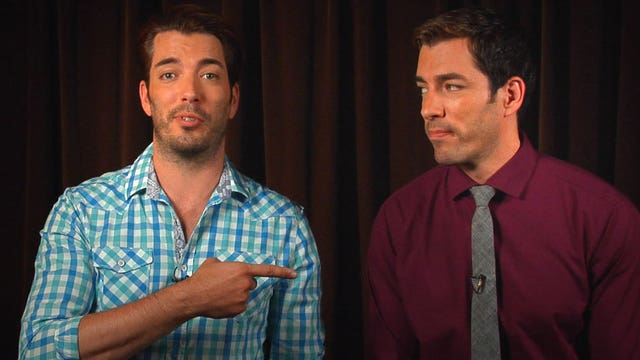 "I don't think most buyers want to see skulls everywhere, so we want to get rid of some of that," Drew politely offered.

As honest as they are charming, every real estate venture that the Canadian brothers’ touch seemingly turns to commercial gold. In 2018, the famous twins netted a whopping $500 million from their home construction and design empire, which includes six HGTV shows, a home furnishing line and production company Scott Brothers Entertainment