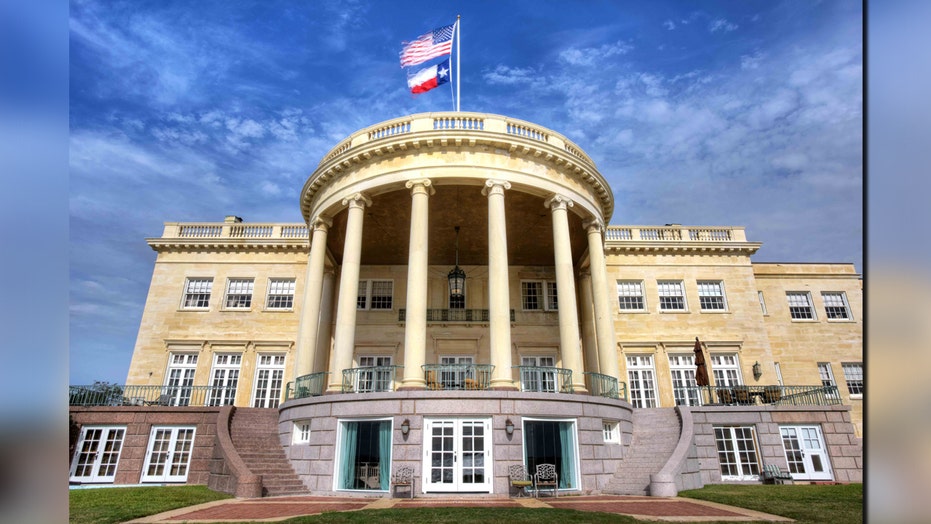 Hot Houses: Now you can live in your very own White House

Hot Houses: Take a peek inside Kenny Rogers' former mansion and private golf course, a Texan version of the White House and a luxurious Dubai penthouse

This week we have Kenny Rogers former mansion and golf course, a Texan version of the White House and the Dubai getaway of your dreams.

Kenny Rogers former estate is hitting the auction block next month with a starting bid at just $3.9 million.

The Gambler singer bought the land in the eighties and designed an 18-hole golf course on the Georgia property. While he lived in the house, the country music star regularly hit the green with his A-list pals, including basketball star Michael Jordan, who apparently raved about the course.

But Rogers didn’t stop there. He also constructed a 14,000 square foot mansion with seven-bedrooms and six-and-a-half baths. There are seven more guest houses, two pools, tennis courts and even  a 72,000-square-foot equestrian facility.

The expanse of land, just outside Athens, also encompasses several lakes and more than 600 acres of pine-filled, wooded area.

The total estate includes two separate tracts of land, one with the golf course and residential development and another that is undeveloped woods. The tracts will be auctioned off separately for a combined starting bid of $3.9 million.

The bidding will take place live and online.

If you’ve ever dreamed of living in the White House this might be the next best thing.

This historic 34-room mansion built by the 31st governor of Texas has been billed as “The First Texas White House.”

The nine-bedroom, 15-bathroom house, which is about 30 minutes from downtown Houston is listed at $5.995 million.

Legend has it that former Governor Ross. S. Sterling, a Democrat who took office in 1931, handed his architect a $20 bill, pointed to the back and said, “Build this for me.”

That’s why the home shares many of the White House’s neoclassical features, such as a roof lined with balustrades and a rounded, columned portico overlooking Galveston Bay that looks nearly identical to the south-facing side of the presidential home.

The house spans nearly 21,000 square feet and has a ballroom with space for 300 people.

The basement also has a projector screen, a game room and a gym with separate men’s and women’s locker rooms.

If you’re looking to get the heck out of the States for a little while, this waterfront property in Dubai might be right up your alley.

The home includes 15,000 square feet of living space and an impressive terrace that looks onto the marina, a pristine body of water lined with superyachts.

The master bedroom suite, one of five, takes up an entire floor.

The property also features two reception rooms and a dining area. The kitchen has cabinetry by Pedini and appliances by Gaggenau and Bosch.