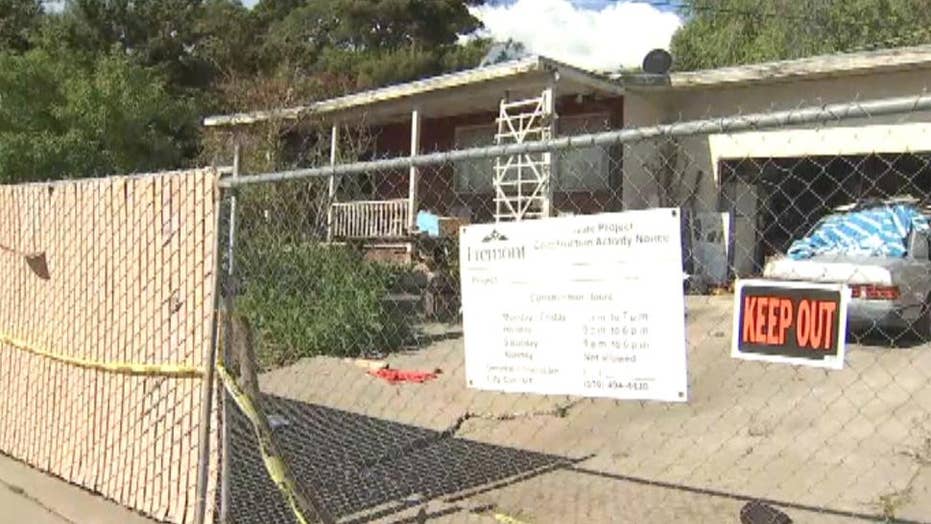 A condemned home sells for $1.23 million in cash due to a high demand in Fremont, California.

A condemned home in Northern California — with holes in the roof and mildew inside — recently sold for $1.23 million, becoming the latest example of the Bay Area's tight housing market.

The home in Fremont was originally listed for $1 million but ended up closing at $230,000 over its asking price, listing agent Larry Gallegos told KTVU.

“We had a couple of offers that were very close. Actually, my client, when I first met them, wanted a little bit more than that with the price they had in their mind. But they ended up being happy with this one,” he said.

The condemned Northern California house with holes in the roof and mildew in the pipes sold last month for $1.23 million. (AP Photo/Ben Margot)

The home, located about 35 miles southeast of San Francisco, has three bedrooms, two bathrooms, and was condemned in 2013. The two investors who bought the property design green homes, according to Gallegos, and plan to put a 4,000 square-foot "masterpiece" on the lot in Fremont.

Gallegos told the Associated Press the buyers didn't even enter the house because they had no interest in the actual building but on its location, which could offer a view of the bay from a second story.

Online property records show its assessment is years out of date — its taxable value is listed as $90,000.

David Stark of the Bay East Association of Realtors told KTVU there was "nothing surprising" about the sale.

Stark told the television station that buying a tear-down to build a dream home reflects a 10-year trend, and that unlike in 2008, current home prices show no indication a crash is coming.

The home in Fremont was condemned in 2013, and has three-bedrooms, and two-bathrooms. (KTVU)

“People are purchasing homes. They’re purchasing vacant properties like this. The demand is there. The supply isn’t. These prices are sustainable,” he told KTVU.

The median home price in Fremont, which connects to Silicon Valley through several highways and with easy access to San Francisco and Oakland by train, is $1 million as of late February, according to Zillow.com, compared to $1.3 million in San Francisco and $1.28 million in Berkeley.

For residents that have been in the neighborhood for years, the spike in home prices leaves them in a difficult situation.

CALIFORNIA HOUSING CRISIS AFFECTING MIDDLE CLASS THE MOST: IT'S 'A BROKEN SYSTEM'

Yvonne Yen, who has lived next to the home for 12 years, told KTVU she bought her home for $750,000 but is now finding herself priced out.

“We trying to move, because the property tax is costing me a thousand dollars a month, but we have no place to move,” she said.