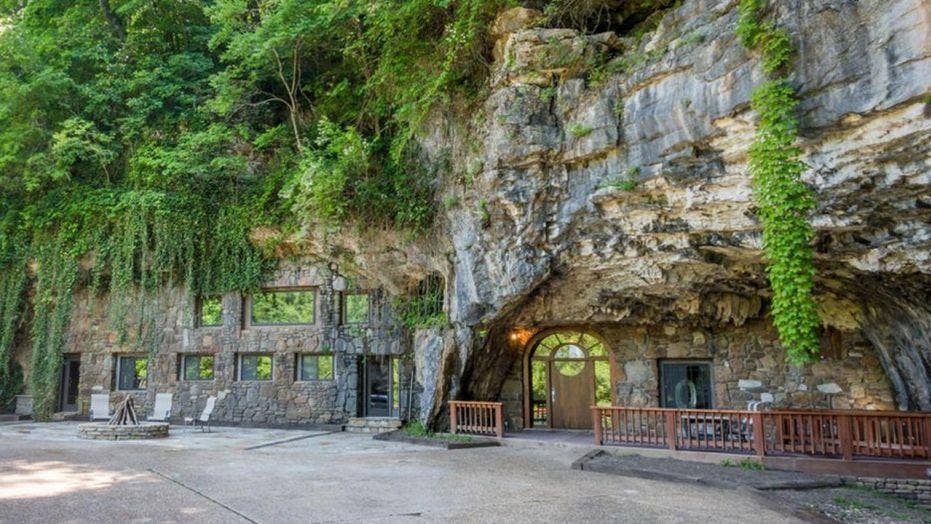 A cave-home is selling for $2.75 million

A home inside a cave is selling for big bucks. The Beckham Creek Cave House, a 5,572-square-foot space constructed inside a natural cavern near Parthenon, Arkansas, could be yours for a cool $2.75 million.

Big homes are often described as “cavernous.” A new listing for a property in the Ozarks really means it.

The Beckham Creek Cave House, a 5,572-square-foot dwelling constructed inside a natural cavern near Parthenon, Ark., hit the market this week with an asking price of $2.75 million, Travel + Leisure reports.

In addition to four bedrooms and four bathrooms, the one-of-a-kind home includes a striking indoor waterfall sourced from a spring that originates deep within the cave.

That luxury may not come cheap, but at least you’ll save a few bucks on your heating bill: The space stays cozy thanks to a natural geothermal effect.

Travel + Leisure notes that the cave home has long served as a high-end hotel. Room rates start at $1,200 per night, according to the property’s website.

Additional features include a spiffy windowed kitchen that opens to a handsome wooden bar area and huge bathrooms with splashy rain-shower stalls.

The surrounding property is no slouch, either, with a barn, horse stables, a bonus apartment and a helicopter landing pad.