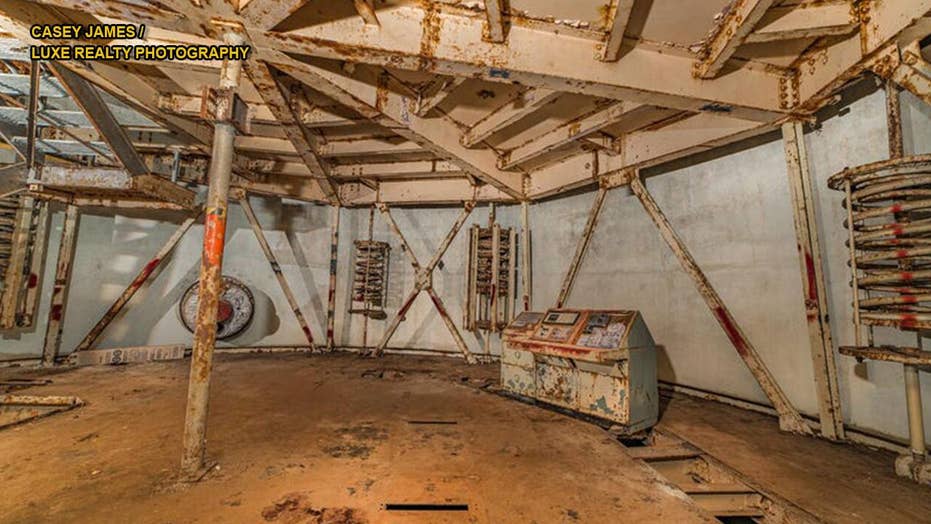 A once top-secret nuclear missile silo, only a 30-minute drive from Tucson, AZ, has gone up for sale at an asking price of $395,000. Realtor Grant Hampton says the decommissioned complex is 'the most unique listing' he has had to date. Hampton said he had received 30 to 40 calls a day about the site since it went on the market early last week, and has secured a cash offer above list price for the property.

For those in the market for a possible doomsday bunker, a decades-long decommissioned nuclear missile complex in Arizona is being sold for $395,000.

The underground silo that once held the Titan II missile, an Intercontinental Ballistic Missile (ICBM) capable of carrying a nuclear warhead, sits on 12.5 acres just north of Catalina.

Photographs posted on Luxe Realty’s website showed the interior of the once top-secret facility. The paint was peeling off the rusted metal walls. Giant vault-like doors opened up into vast, empty corridors, some with dirt floors.

Construction of the Titan II missile launch sites began in December of 1960, according to the Titan Missile Museum. (Casey James / Luxe Realty Photography)

Grant Hampton with Realty Executives, who has the listing for the historic property, described the site to the Arizona Republic as a “time capsule” to another era.

Hampton said he had to descend down a 40-foot ladder to the depths of the underground silo, adding that there was no electricity or cell service so far below the surface.

The property doesn't come with any bedrooms or bathrooms, according to the Republic. (Casey James / Luxe Realty Photography)

The 4,000 square foot underground space still had three of its original blast doors, which each weigh 7,000 pounds and can withstand shockwaves, according to Business Insider.

The sprawling complex was built around 1963 during the Cold War when the Titan II program went into effect, according to the Titan Missile Museum. The program produced 54 missiles, spread out across three Air Force bases in groups of 18. The Titan II, America’s largest nuclear missile, was ready to be launched at any time from the sites.

The Titan II missiles were ready to launch at any time from the site. (Casey James / Luxe Realty Photography)

The Titan II program was deactivated in 1982, a year after President Ronald Reagan announced the start of his Strategic Forces Improvement Plan to modernize land-based ICBM programs. The program officially came to an end in 1987 – 24 years after it began – when the last facility was shut down. The sites have been decommissioned ever since

Hampton said the site offers buyers limitless opportunities, suggesting it can become an underground man cave, Air BnB or even a doomsday bunker.

The once top-secret nuclear missile silo is only a 30-minute drive from Tucson, although it may be hard to spot. (Casey James / Luxe Realty Photography)

He told the Republic he’s been getting 30 to 40 calls a day about the site since it went on the market early last week.

The site has passed through the hands of two owners, the first of whom bought it from the government, the Republic reported, citing public real estate records. Robert Ellis, the current owner, bought it for $200,000 in 2003.

Some of the other Titan II sites in Arizona are privately owned, according to the Arizona Daily Star.