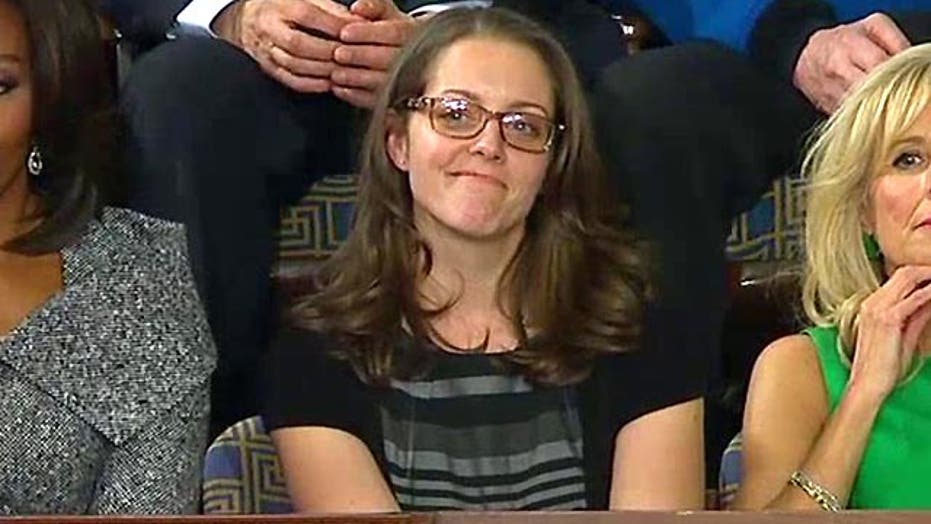 President touts Rebekah Erler's story in State of the Union

The woman whose story of economic recovery was showcased by President Barack Obama in his State of the Union address Tuesday is a former Democratic campaign staffer and has been used by Obama for political events in the past.

Rebekah Erler has been presented by the White House as a woman who was discovered by the president after she wrote to him last March about her economic hardships. She was showcased in the speech as proof that middle-class Americans are coming forward to say that Obama’s policies are working.

Unmentioned in the White House bio of Erler is that she is a former Democratic campaign operative, working as a field organizer for Sen. Patty Murray, D-Wash.

This also wasn’t the first time the White House used the former Democratic campaign staffer as a political prop. Obama spent a “day in the life” of Erler in June so that he could have “an opportunity to communicate directly with the people he’s working for every day.”

Reuters revealed Erler’s Democratic affiliations following that June event, and the Minnesota Republican Party attacked Obama for being “so out of touch with reality that he thinks a former Democrat campaign staffer speaks for every Minnesotan.”