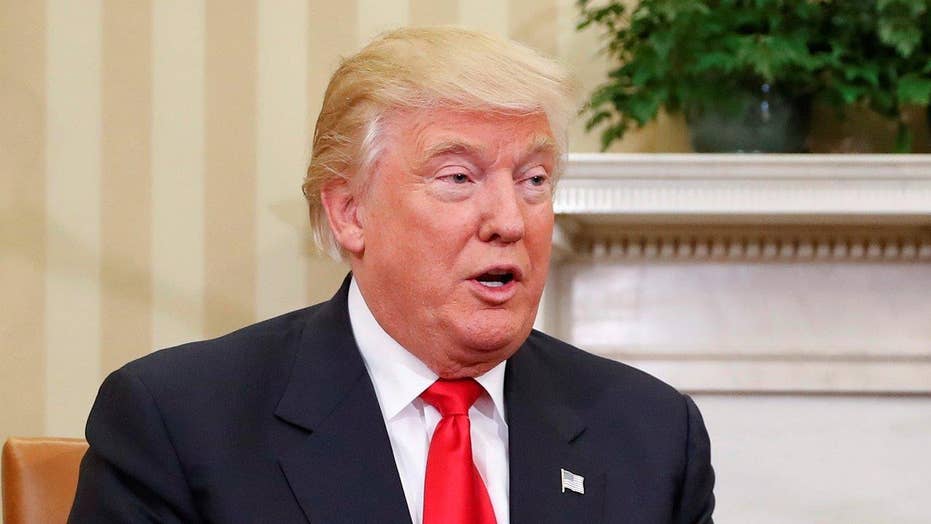 MADISON, Wis. – A Wisconsin judge refused on Tuesday to order local election workers to conduct the state's upcoming presidential recount completely by hand Tuesday, finding that nothing suggests the state's electronic tabulating machines have been hacked.

Green Party presidential candidate Jill Stein has been trying to make the case that Wisconsin's tabulating machines could have been compromised in a cyberattack and a hand recount is the only way to tell for sure. But Dane County Circuit Court Judge Valerie Bailey-Rihn concluded Stein's attorneys failed to show any hard evidence the machines were attacked and are unreliable.

Donald Trump beat Hillary Clinton by about 22,000 votes in Wisconsin, but Stein has alleged -- without evidence -- that the results may have been hacked. She asked for a recount last week, saying the state needs to be sure.

The Wisconsin Election Commission had to grant the request under state law but refused another Stein request that the commission order all county clerks to recount the votes by hand, leaving it up to the counties to decide how to conduct the process.

Stein filed a lawsuit seeking a judge's order for a hand recount. Hillary Clinton's campaign joined the action Tuesday, saying she has a stake in the results.

Dane County Circuit Judge Valerie Bailey-Rihn convened a hearing late Tuesday afternoon that went on four hours. Stein's side called computer experts who testified that Wisconsin's electronic machines are vulnerable to cyberattack but said they couldn't show whether one had actually occurred.

"All that we have here is 100 percent hypothetical speculation about what could possibly happen. That's not convincing evidence," Assistant Attorney General S. Michael Murphy told the judge.

Bailey-Rihn ultimately sided with the state, finding that Stein and Clinton's lawyers failed to show any irregularities that prove electronic tabulators could be problematic in the recount.

Debbie Greenberger, one of Stein's attorneys, told reporters after the decision that Stein would consider appeal options. In the meantime, she said hopes the counties take to heart the judge's remarks about a hand recount being the best way to proceed.

Stein has raised $6.4 million online since last week to cover recounts in Michigan, Pennsylvania and Wisconsin. She griped about Wisconsin's costs being exorbitant but paid the money with five minutes to spare Tuesday. That payment cleared the way for the recount to begin Thursday.

Independent presidential candidate Roque De La Fuente withdrew his request for a Wisconsin recount Tuesday, saying the process would cost too much.