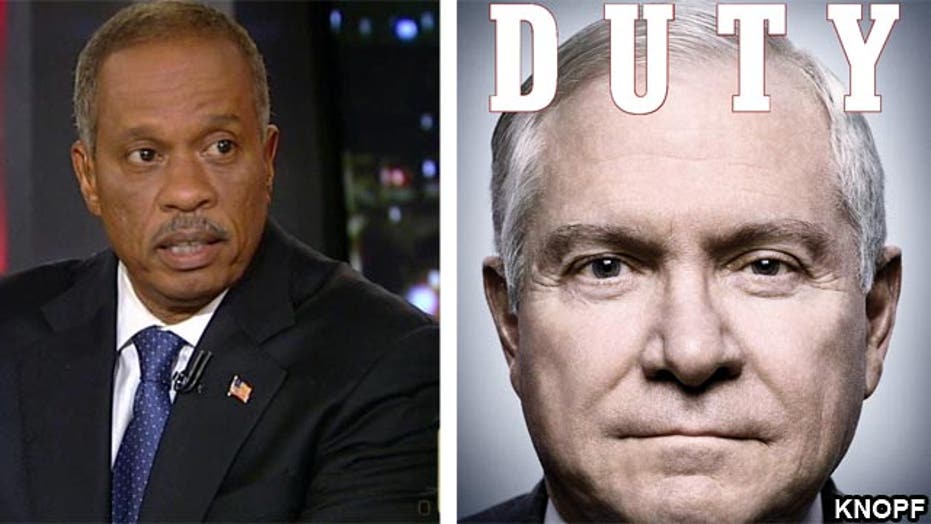 Williams: Gates book excerpt on Obama Afghan strategy “much ado about nothing”

Fox News contributor Juan Williams told viewers Wednesday on “Special Report with Bret Baier” that details about President Obama’s thoughts on strategy in Afghanistan highlighted in an upcoming book are “much ado about nothing.”

The revelations appear in excerpts from a new memoir by former Secretary of Defense Robert Gates. Gates said he ultimately concluded the president did not believe in the mission in Afghanistan, the strategy there, and was only focused on getting out.

But Williams pointed out that President Obama has been clear about the matter from the start.

"I think of Shakespeare, much ado about nothing because here is a president who campaigned way back as saying he was opposed to this, didn’t think it was the right war..." he said.

Williams also noted the president continued to express the same sentiment once elected.

“This president from the start had said he had questions about the strategy,” Williams said.