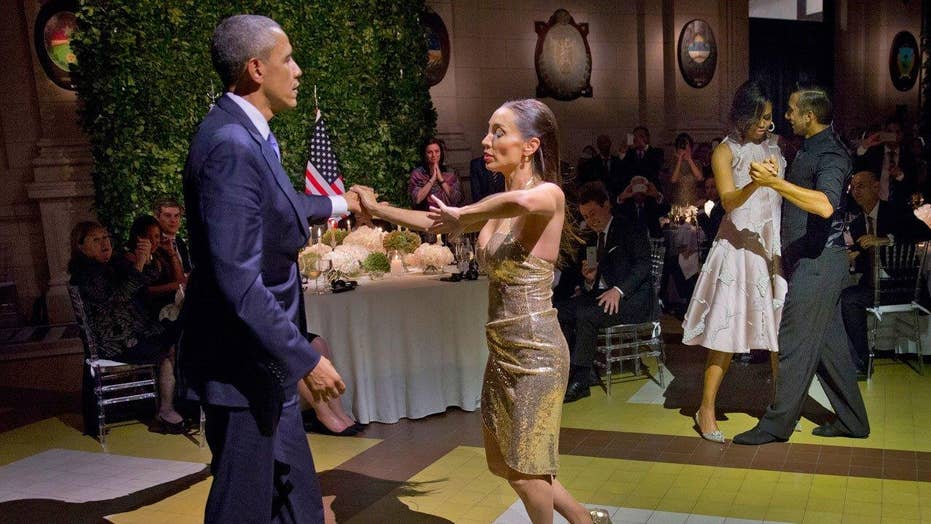 Will on President Obamas Tango

Will on President Obamas Tango

Syndicated columnist George Will told viewers Thursday on “Special Report with Bret Baier” that President Obama doing the tango during a visit to Argentina is a sign that the president’s “languid response to terrorism, whether its carnage in European capitals or ‘workplace violence,’ as he calls it, at Fort Hood, is part of his general pose of superior understanding.”

Obama faced criticism in the wake of Tuesday’s terror attack in Brussels for attending a baseball game with Cuban President Raul Castro while the situation in Belgium unfolded. He defended the decision to continue the state visit, and to continue on to Argentina on Wednesday, by telling reporters “it is very important for us to not respond with fear.”

Will questioned the optics of Obama being pulled into dancing the tango, calling the situation “go[ing] to the default position, which is if we don't continue with whatever we're doing, then terrorists will be reassured. So, if we don't tango, the terrorists have won. So that’s a familiar trope.”

“Then he brings out the idea that more people die in swimming pool accidents or whatever than terrorism, therefore, [a] classic non sequitur; terrorism's not all that important,” Will said.

“Finally, and contradictorily, he says ‘If I do these different things, to have my schedule to be rearranged, and all the rest, every time there's a terrorist attack, it will happen frequently because terrorism is so frequent.’ Which is it?”