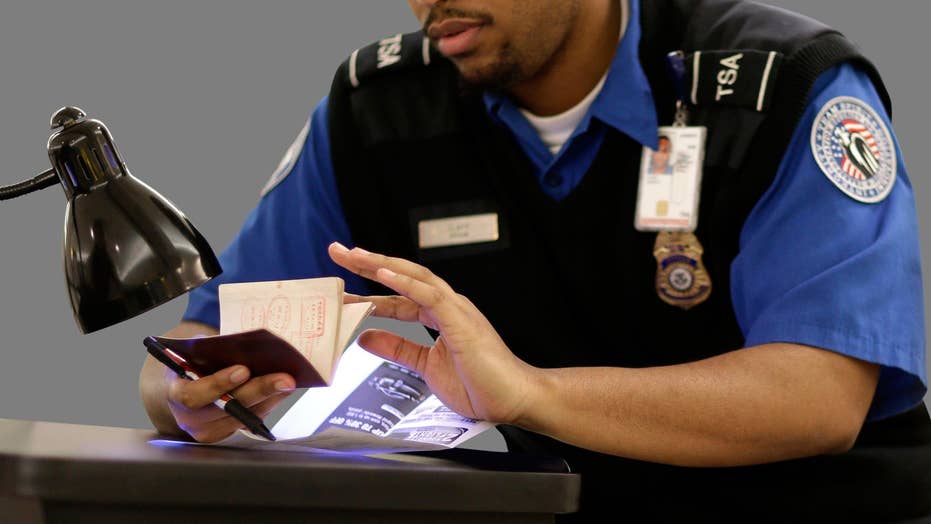 TSA may stop accepting driver's licenses from some states

Oregon followed the District of Columbia's lead this week in starting to offer gender-neutral licenses -- but whether the "non-binary" IDs will pass muster with the Transportation Security Administration is up in the air.

The TSA for years has been tightening ID standards as part of a post-9/11 security push.

Asked about the changes in Oregon and D.C., TSA assistant press secretary Michelle Negron acknowledged policies allowing residents to list a gender other than male or female are “relatively new.”

“We’re working to develop guidance,” she told Fox News. In the meantime, she said they do not anticipate changes to screening procedures. She said officers will remain “focused on ensuring that the ID presented is not fraudulent and that the traveler matches the photo on the ID and name on boarding pass.”

TSA right now is focused on getting states into compliance with the REAL ID Act, a 2005 law setting minimum standards for state-issued licenses and identification cards that can be used to access federal agencies and airports. On Jan. 22, 2018, the TSA will no longer accept any ID that does not meet those standards.

Oregon officials are confident those who choose not to identify their gender will not have problems flying.

“At this point, we don't expect any travel issues, but this is new territory for the whole country,” said David House, Oregon DMV spokesman.

D.C. Councilmember Brianne K. Nadeau consulted with the National Center for Transgender Equality when drafting her bill, with the express purpose of ensuring compliance with REAL ID.

Part of the confusion results from a 2008 regulation issued by the Department of Homeland Security. The rule states DHS would “leave the determination of gender up to the States since different States have different requirements” for when “a transgendered individual should be identified as another gender.”

Oregon began planning to move to non-binary IDs in June 2016 after a state court ruled in favor of a resident’s request to change gender from female to “non-binary.”

California and New York are poised to make similar changes. On May 31, California’s state Senate passed the Gender Recognition Act, which would add a third gender -- “non-binary” -- to male and female on official state documents. It is under consideration in the state Assembly.

A TSA spokesman confirmed that DMV officials in D. C. and Oregon notified the federal government, local law enforcement and corrections agencies of their plans prior to making the changes, but would not discuss the feedback provided.

“The fact that the U.S. government accepts and has no issues with foreign passports [that have alternate gender categories] shows that it can function fine,” Gorenberg told Fox News.

“These IDs more accurately reflect the individual and are consistent with international airline standards,” she said.

The International Civil Aviation Organization (ICAO), which develops standards for the production of passports, has allowed an “X” field to be used since 1996.

Potentially complicating matters for the federal government is a pending lawsuit filed by Dana Zzyym, a U.S. Navy veteran and intersex person.

Since 2014, Zzyym has been trying to obtain a U.S. passport for use traveling overseas, but the State Department has repeatedly rejected Zzyym’s application for an “intersex” passport.

The department permits individuals who transition from one gender to another to amend their passport to reflect their sex, but does not recognize an individual who is born with both male and female characteristics.

Lambda’s Gorenberg told Fox News the case boils down to a matter of fairness and is urging the court to act expeditiously. Lamba Legal is representing Zzyym in the lawsuit against the State Department.

In its latest application denial, the State Department informed Zzyym they were unaware of “generally accepted medical standards” for “evaluating a transition to any sex other than male or female.”

On June 26, a federal court in Colorado granted Zzyym’s request to have the lawsuit reopened.

Arli Christian, state policy counsel for the National Center for Transgender Equality, which helped write the D.C. law, said she hopes “that developments like the new D.C. and Oregon policies will encourage more institutions to treat everyone with respect regardless of gender.”

Even those states that do not move toward gender-neutral IDs will have to consider how to handle D.C. and Oregon licenses.

Brandy Brubaker, media liaison for the DMV in neighboring Virginia, said IDs like the new D.C. license represent “an emerging issue” about which the state is “researching and seeking guidance.”

As far as Oregon licenses, House noted bars and other establishments often reject out-of-state IDs for a myriad of reasons.

Setting aside questions about the non-binary license option, Oregon is moving to get into compliance with REAL ID by the end of the year, after having gotten an extension. Only two states -- Missouri and Minnesota -- are presently considered out of compliance with that 2005 law and did not get an extension.