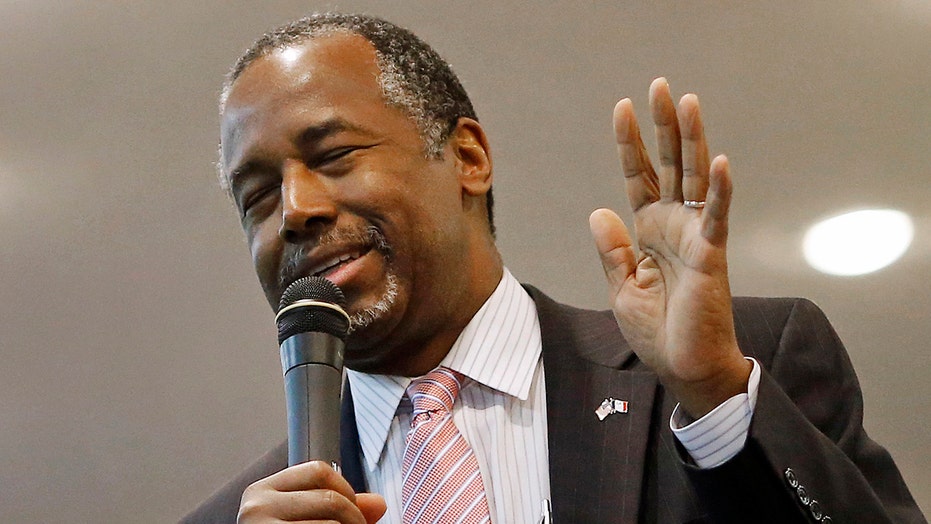 Is Ben Carson's campaign in trouble?

Strategy Room: David Mercer and Brad Blakeman debate whether Dr. Ben Carson's plan for eliminating the mortgage deduction will keep him afloat in the race

When it comes to tax perks, the mortgage interest deduction is the third rail -- typically, no one wants to touch it.

But Republican presidential candidate Ben Carson is doing the politically unthinkable and openly talking about getting rid of homeowners' favorite tax favor. And a handful of other candidates are at least talking about making tweaks to the system.

The tough tax debate on the 2016 campaign trail shows that sacred cow deductions are at least on the table. At the same time, analysts suggest any major changes to the system remain a long way off.

The Republican candidates’ tax plans generally aim to simplify the code, lower rates and strip down deductions. But Carson is largely out on his own calling for a complete elimination of the homeowner benefit.

Even as his poll numbers fall, he doubled down on the idea at last week's Fox Business Network debate.

“There are a lot of people who say, if you get rid of the deductions, you ruin the American dream, because, you know, the mortgage interest deduction. But the fact of the matter is, people had homes before,” Carson said.

The deduction allows homeowners who itemize their taxes to subtract the interest paid on their mortgage or loans totaling $1 million or less.

The Carson proposal has been met with jeers from real estate magnate -- and Republican front-runner -- Donald Trump, who argues that messing with the deduction is a major miscalculation.

“You know, a lot of people were worried about real estate – try taking the mortgage interest deduction out,” Trump said at a rally last fall in New Hampshire, when Carson posed a bigger threat in the polls than he does now. “You’ll see what’s going to happen to real estate. You want to see a crash? Try that one.”

“It’s a bad move. He’s the Kevorkian of taxes,” Blakeman told FoxNews.com’s Strategy Room, comparing Carson to assisted suicide advocate Dr. Jack Kevorkian. “It is absolutely essential to keep the mortgage deduction because that is the empowerment by which people can make a home, buy a house and amortize that cost over a period of 15 to 30 years.”

Trump has argued the deduction, one of America’s most expensive tax breaks, is key to keeping the country’s economy alive – a view echoed by many GOP presidential candidates.

Other major candidates propose either leaving the deduction alone, or giving it a slight tweak.

Former Arkansas Gov. Mike Huckabee has vowed to gut the country’s entire tax code if elected, which by default means he’d be in favor of dumping the existing deduction.

While the deduction itself is popular and designed to make home ownership more accessible, some financial analysts say that a vast majority of benefits go to the top tier of wealthy Americans.

University of Texas Law Professor A. Michele Dickinson says that nearly half of those who have a mortgage receive little to no benefit from the interest deduction. Instead, a majority of mortgage holders choose to use a standard deduction when filing because it’s more profitable.

Carson has also vowed to cut the charitable contribution deduction, though others have not followed suit.

Carson, who has seen his poll numbers slip in recent weeks, says he’s betting on the goodwill and generosity of Americans to donate without expecting a tax break in return.

“We had churches before that and charitable organizations before that,” Carson said at the first Fox Business Network debate in November. “The fact of the matter is, I believe if you put more money in people’s pocks that they will actually be more generous rather than less generous.”