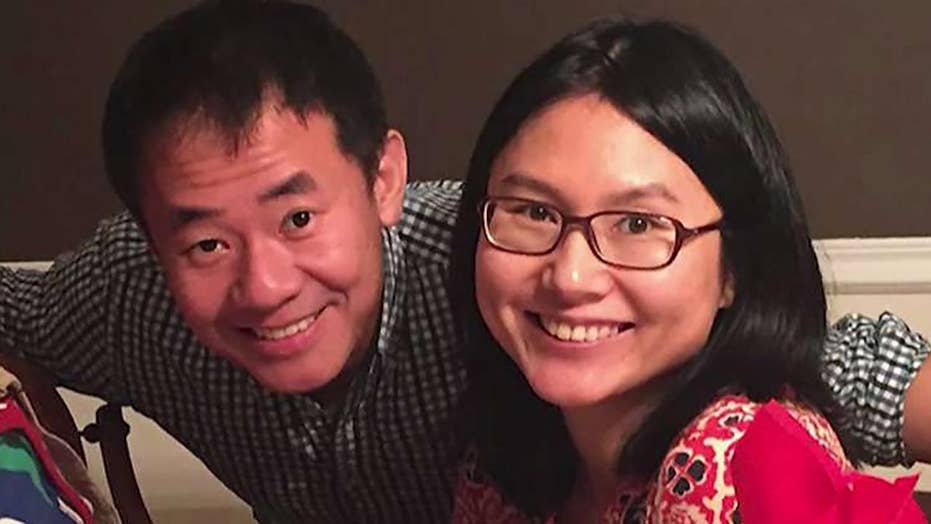 The families of Americans detained in Iran say the negotiations surrounding the Iran nuclear deal represents an opportunity; Rich Edson reports from the State Department.

Her husband, Xiyue Wang, is a Princeton graduate student, an American citizen, and is imprisoned in Iran.

“This is a crisis,” Qu told Fox News. “This hostage crisis I hope that can be evaluated on the same level with other security issues, to be categorized as a security issue against an American citizen.”

Qu said she wants the Trump administration to use its negotiations on Iran policy to help free her husband.

Trump set a deadline of May 12 for the European countries involved in the Iran nuclear agreement to support stricter penalties on Iran’s ballistic missile program, stronger inspections of its facilities and address the sunset clauses in the deal.

Iranian authorities arrested Xiyue Wang in August 2016. His family said he was in Iran conducting research on its history for his Ph.D.

Iran sentenced Wang to 10 years in prison for spying under the cover of research.

“I’m so scared he will go back to hunger strike again which he did twice during the past two years,” said Qu. “I hope our government and Mr. Trump can give him hope and can make our family whole again.”

Brian Hook, the State Department’s Director of Policy Planning, is leading U.S. negotiations. Earlier this month, he traveled to Europe for discussions, and said he requested a meeting with Iranian officials.

“The only purpose in requesting it was to demand the release of the Americans that they’ve detained,” said Hook. “Given the sensitivity of that subject, I don’t want to go beyond what I said, that I requested the meeting, and I did have a discussion with them, and that’s as much as I can say on it.”

A State Department official calls for the return of all unjustly detained and missing U.S. citizens in Iran, including Baquer Namazi, Siamak Namazi, Xiyue Wang, and Robert Levinson.

“The U.S. government raises with Iran at every opportunity the cases of U.S. citizens missing and unjustly detained in Iran,” the official said. “We will continue to do so until their cases are resolved.”

In a direct appeal to the president, Qu said: “I hope my husband can be home before your next announcement on May 12. I put a lot of hope in May, and we are counting on you.”