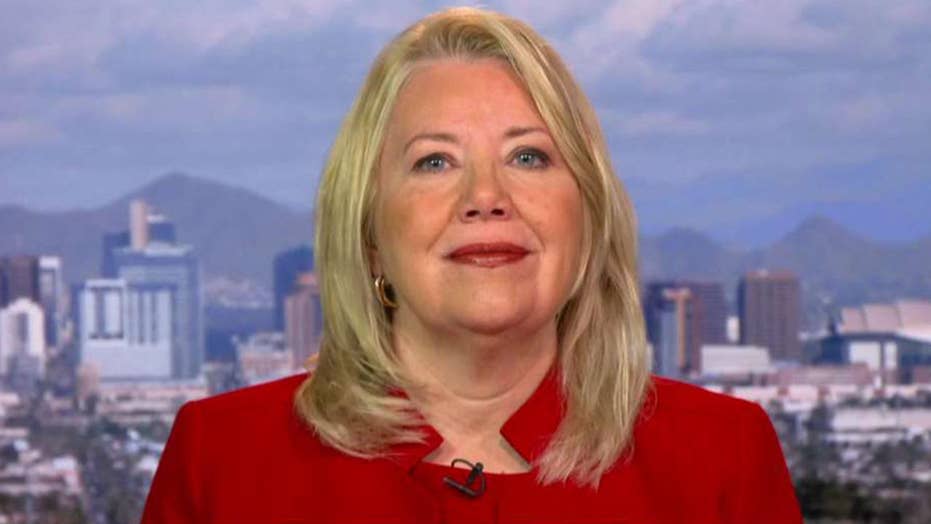 GOP Arizona candidate: I'm a good fit for this district

Republican Debbie Lesko was officially sworn into the House of Representatives on May 7.

After her win, President Trump tweeted his congratulations, saying she "will do great things."

Lesko resigned as a state senator, a position she held for three years, to run for Congress. Prior to that, she was a state representative for six years.

“I was just really engaged,” Lesko told Fox News. “When an opening came up in the legislature in 2008, people approached me and asked if I wanted to run, and I did and won.”

As a state representative, she participated in a golf cart parade

A woman rides in a golf cart with her dog in Sun City, Arizona in 2013. (Reuters/Lucy Nicholson)

Lesko said she gained a reputation of working to directly address her constituents’ concerns – including when it came to golf cart regulations.

In 2014, then a state representative, Lesko championed legislation that allowed people to drive golf carts – the preferred mode of transportation in large retirement communities – along the side of the road. At the time, more than 30,000 golf carts were registered in Maricopa County, Arizona, and up to 50 percent of households in Sun City, a large retirement community, used a golf cart, according to the Arizona Republic.

Residents, along with Lesko and then-Gov. Jan Brewer, celebrated with a parade of more than 100 golf carts.

As a survivor of domestic violence, Lesko says she recognizes the importance of speaking out about the issue and making sure other women know they are not alone.

“Domestic violence is a very prevalent problem, and it can happen to anyone,” Lesko said. “It doesn’t matter what their status is, what their education background is.”

“It happens to so many women, and I just want them to know they can get out of it and become successful because I did it,” she said. “I’m living proof of it.”

“It happens to so many women, and I just want them to know they can get out of it and become successful because I did it. I’m living proof of it.”

Lesko said she isn’t sure if there’s much Congress can do in terms of legislation in order to combat domestic violence.

“You can’t legislate the behavior of people,” she said. “I think those of us who got out of the situation, it’s just important that we talk to other women and tell them to just get out because chances are it’s not going to get any better [in that relationship].”

She added, “There is hope. You have a future. There are organizations out there that will help you – help you financially, give you a place to stay."