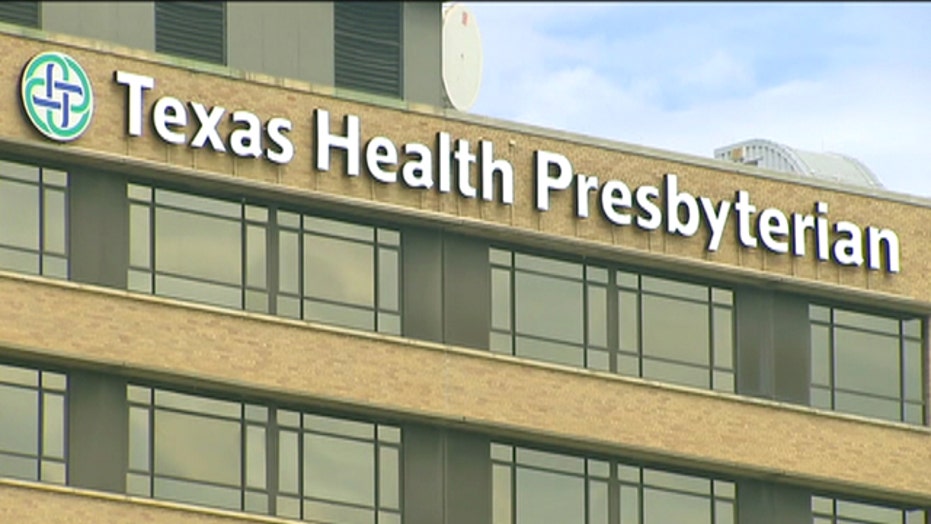 The White House scrambled Wednesday to ease concerns over the spread of Ebola after a second Texas hospital worker tested positive for the virus, as lawmakers showed patience wearing thin with the current response and demanded immediate changes.

One lawmaker, Rep. Tom Marino, R-Pa., went so far as to call for the resignation of Centers for Disease Control and Prevention Director Dr. Tom Frieden.

"This Ebola situation is beginning to spiral beyond control," Marino said in a statement, accusing the government of giving a "false sense of security to many of our citizens."

He and others urged the Obama administration to name a single point person to coordinate the Ebola response and to impose a travel ban for the affected West African countries -- a step the White House opposes.

House Speaker John Boehner, R-Ohio, joined the call Wednesday night, saying the president "should absolutely consider" a temporary ban on travel to the U.S. from countries afflicted with the virus. Rep. Michael McCaul, R-Texas, chairman of the Committee on Homeland Security, also weighed in, urging the administration to temporarily suspend the visas of those from Liberia, Guinea and Sierra Leone until the outbreak was under control.

Reflecting the urgency of the latest developments, President Obama on Wednesday nixed campaign stops in New Jersey and Connecticut, as well as visits to Rhode Island and Long Island scheduled for Thursday, and convened a meeting of Cabinet officials on the Ebola outbreak. Flanked by Health and Human Services Secretary Sylvia Burwell and Defense Secretary Chuck Hagel, Obama vowed late Wednesday that federal officials would be overseeing and advising health care workers in a "much more aggressive way."

He said this would include sending a CDC "SWAT team" to any place where a case is diagnosed ideally within 24 hours.

In past crises -- like the July downing of a jet over Ukraine -- Obama had not changed his travel schedule, with aides arguing against the necessity of doing so. But White House Press Secretary Josh Earnest acknowledged Wednesday "we're operating in a pretty dynamic environment right now."

Earnest also conceded "there were shortcomings" in the Ebola response given the two health care workers who have tested positive for the disease after caring for another Ebola patient. "It's not clear what protocols were in place and how those protocols were implemented," Earnest said.

Still, Obama stressed that "these protocols work" and if followed, the likelihood of a widespread Ebola outbreak here is "very, very low."

Earnest also said: "People should continue to be confident in the response that's organized by the government in reaction to this specific situation."

The potential circle of people affected, though, could be widening.

Ohio Democratic Sen. Sherrod Brown has since urged the CDC to take several steps to monitor potential exposure to the virus in Ohio.

"The CDC must dedicate immediate resources to organize monitoring services in Northeast Ohio," Brown said in a statement. He urged the CDC to have a team of "infection experts" ready to go to Ohio if a case is found.

Sen. Rob Portman, R-Ohio, also urged the administration to be "more proactive" and specifically called on Obama to appoint a single coordinator for the response.

Asked if Obama was considering appointing an Ebola "czar" as Portman suggested, Earnest said the current response is well coordinated and involves various agencies responsible for different aspects of the administration's actions.

The latest case also has fueled fresh calls from high-ranking officials for a travel ban.

"With Ebola spreading even within the hospital setting, we should not delay in taking additional measures to prevent individuals carrying the virus from traveling to the U.S. We believe a temporary travel ban for such individuals who live in or have traveled from certain West African countries is reasonable and timely," they said in a statement.

In Texas, Gov. Rick Perry also was meeting with his infectious disease task force to review recommendations for possible changes in how Texas deals with Ebola treatment and response.