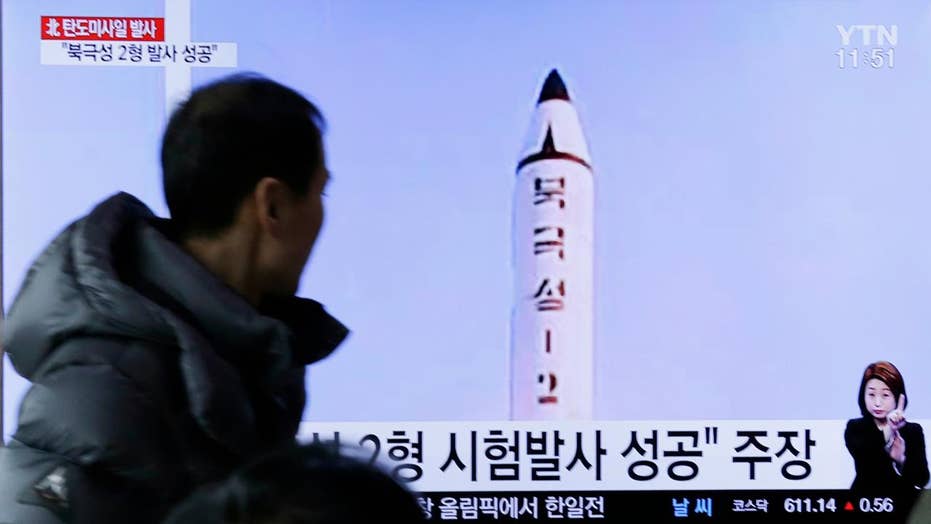 An internal White House review of strategy on North Korea includes the possibility of military force or regime change to blunt the country’s nuclear-weapons threat, people familiar with the process said, a prospect that has some U.S. allies in the region on edge.

While President Donald Trump has taken steps to reassure allies that he won’t abandon agreements that have underpinned decades of U.S. policy on Asia, his pledge that Pyongyang would be stopped from ever testing an intercontinental ballistic missile—coupled with the two-week-old strategy review—has some leaders bracing for a shift in American policy.

The U.S. review comes as recent events have strained regional stability. Last month, North Korea launched a ballistic missile into the Sea of Japan, and the estranged half brother of North Korean leader Kim Jong Un was assassinated in Malaysia.

U.S. officials have underscored the possible military dimensions of their emerging strategy in recent discussions with allies, according to people familiar with the talks.

During Japanese Prime Minister Shinzo Abe’s two-day summit in February with Mr. Trump, U.S. officials on several occasions stated that all options were under consideration to deal with North Korea, according to a person familiar with the discussions.

It was clear to the Japanese side that those options encompassed a U.S. military strike on North Korea, possibly if Pyongyang appeared ready to test an ICBM, this person said. The Japanese side found that scenario “worrisome,” he said.