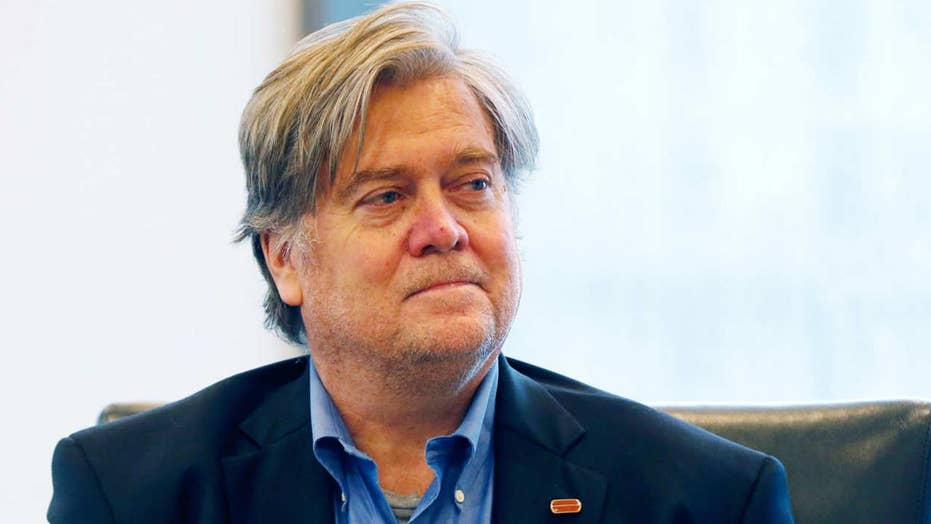 Bannon urges press to shut up

The White House on Sunday said the addition of President Trump's chief strategist, Steve Bannon, to regular meetings of the country's top national security officials was essential to the commander in chief's decision-making process.

Trump took steps Saturday to begin restructuring the White House National Security Council, adding the senior adviser to the principals committee, which includes the secretaries of state and defense. At the same time, Trump said his director of national intelligence and the chairman of the Joint Chiefs of Staff would attend "where issues pertaining to their responsibilities and expertise are to be discussed."

Bannon served in the Navy before attending Harvard Business School, working at Goldman Sachs, starting his own media-focused boutique investment banking firm and later heading the ultraconservative outlet Breitbart News, which has been condemned for featuring racist, sexist and anti-Semitic content.

"He is a former naval officer. He's got a tremendous understanding of the world and the geopolitical landscape that we have now," White House press secretary Sean Spicer told ABC's "This Week."

Spicer said "having the chief strategist for the president in those meetings who has a significant military background to help make -- guide what the president's final analysis is going to be is crucial."

But to Virginia Sen. Tim Kaine, the Democratic vice presidential nominee, the NSC "sadly has some really questionable people on it," he told NBC's "Meet the Press," citing Bannon among them.