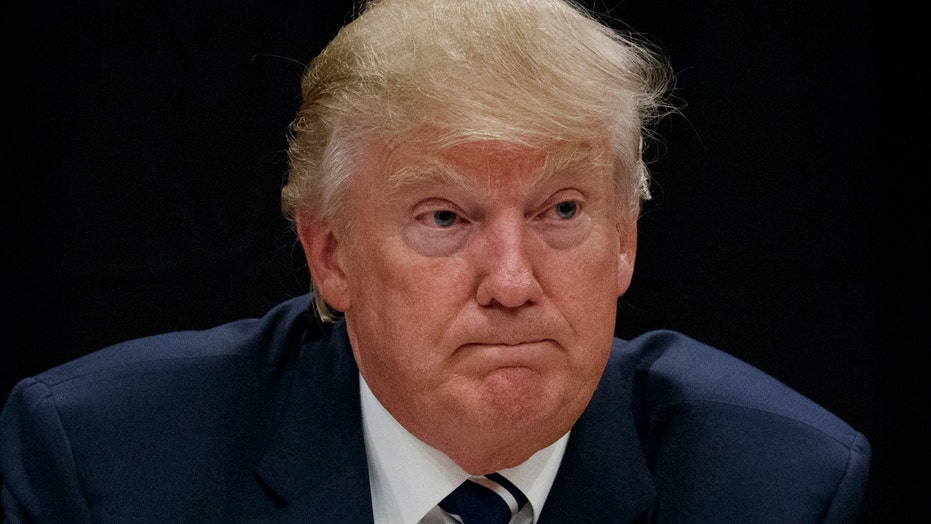 The fog around Donald Trump's Administration-in-waiting is starting to lift, as high-profile names filter through Trump Tower. Chuck Rocha, president of Solidarity Strategies & Matt Schlapp, chair of the American Conservative Union, weigh in.

On the roster: - Where does Trump want to spend his political capital? - Trump camp calls for short-term spending bill - I’ll Tell You What: America in transition - Power Play: Building an administration - How about a hug?

But perhaps the most eye-catching post is that of loyal Trump supporter, Alabama Sen. Jeff Sessions to attorney general, a position once thought to be a shoo-in for New Jersey Gov. Chris Christie.

Amid scandal and possible legal issues, Christie was swapped out as head of the transition team last week for vice president-elect Mike Pence. Christie said Thursday that he doesn’t believe he’ll have a post in the Trump cabinet.

And with the news that 2012 presidential nominee Mitt Romney has plans to meet with Trump this weekend over a possible secretary of state spot, it begs the question, what about Rudy Giuliani?

The former New York mayor said previously he was not going to serve as attorney general, but was coy about being the country’s diplomat saying Monday, “One never knows.”

Now, with Romney sitting down with the president-elect, and names like South Carolina Gov. Nikki Haley being floated and former UN Ambassador John Bolton already in the mix, it could well mean that Giuliani might be passed over for a top spot. This comes as reports began surfacing about ties between Giuliani’s consulting firm and foreign interests, putting Trump’s “drain the swamp” mantra in possible jeopardy.

Although Trump has shown he isn’t immune to controversial appointments with men like Steve Bannon getting a top spot in the coming administration, that spot also does not require a very public Senate hearing that could create damage for the new administration and cost more political capital than Trump & Co. may want to spend upfront.

For all this speculation, however, it could also be Trump, ever the entertainer, is merely keeping the country, and particularly the press, on its toes, especially with a weekend of meetings ahead of him.

THE RULEBOOK: IT CAN BE DONE
“A little consideration will satisfy us, that the species of security sought for in the multiplication of the Executive, is attainable.”–Alexander Hamilton, Federalist No. 70

TIME OUT: WHEN RAIL POWER COULD CHANGE TIME
At exactly noon, ahem, halftime, on this day in 1883, the American and Canadian railroad system began using continental time zones. History: “The need for continental time zones stemmed directly from the problems of moving passengers and freight over the thousands of miles of rail line that covered North America by the 1880s. Since human beings had first begun keeping track of time, they set their clocks to the local movement of the sun. Even as late as the 1880s, most towns in the U.S. had their own local time, generally based on ‘high noon,’ or the time when the sun was at its highest point in the sky. As railroads began to shrink the travel time between cities from days or months to mere hours, however, these local times became a scheduling nightmare…Rather than turning to the federal governments of the United States and Canada to create a North American system of time zones…it was not until 1918 that Congress officially adopted the railroad time zones and put them under the supervision of the Interstate Commerce Commission.”

TRUMP CAMP CALLS FOR SHORT-TERM SPENDING BILL
WaPo: “President-elect Donald Trump on Thursday made his first stamp on Congress as House Republicans bowed to his wishes and announced plans to extend government funding through March, despite warnings from top GOP senators that such a spending strategy could wreak havoc on the first several months of his presidency. The House Appropriations Chairman Harold Rogers (R-Ky.) said Thursday that his staff would immediately begin work on a stopgap spending bill that would keep the government open through March 31 after consulting with Trump and Vice President-elect Mike Pence. A short-term funding bill sets up the possibility of a spending crisis and shutdown confrontation within the first three months of the Trump administration.”

Ivanka Trump sits in on meeting with Japanese prime minister, raising questions about conflicts of interest - The Hill: “President-elect Donald Trump’s daughter, Ivanka Trump, was pictured sitting in on a meeting between Trump and Japan’s Prime Minister Shinzo Abe on Thursday…Bloomberg reporter Jennifer Epstein posted a photo of the meeting Thursday evening. The President-elect has said that his children will primarily be in charge of running his business to avoid potential conflicts of interest. However, the extent of his children’s involvement in the administration and their simultaneous roles in Trump’s business empire may not fully eliminate such concerns.”

SUBSTITUTIONS
-- The first of the Trump transition group’s “landing teams” has begun to fan out to visit and assist the setup of federal agencies as the new cabinet appointments are selected and prepare to take over. The first team is national security focused. Members of the team will meet with Obama administration counterparts at the departments of Defense, State, Justice and the National Security Council.

--President-elect Trump plans to head to his country club in New Jersey today where he will continue to hold transition team meetings for the next two days, reports the NYT.

I’LL TELL YOU WHAT: AMERICA IN TRANSITION
The show might be over, but the podcast lives on! Dana Perino and Chris Stirewalt are back to explain where the parties go from here after a crazy election cycle. As well as a cooking lesson on cauliflower hash from Stirewalt himself. LISTEN AND SUBSCRIBE HERE.

But the blue team is building too - As Republicans plot the next four years, Democrats are asking: what went wrong? The party lost races up and down the ticket, and in D.C., the party's leadership is up for grabs. Our panel weighs in on the futures of both parties. WATCH HERE.

ANY GIVEN SUNDAY
Mr. Sunday hosts two familiar faces with new titles. Vice President-elect Mike Pence, brings the latest from the Trump transition team, and incoming Senate Minority Leader Chuck Schumer talks about his plans for the new Senate next year. Check local listings for broadcast times in your area.

AUDIBLE: THAT WAS UNEXPECTED
“I told you all I didn’t vote right?… But if I were to have voted, I would have voted for Trump.” – Kanye West at his concert in San Jose explaining that neither candidate could fix race issue in America.

FROM THE BLEACHERS
Chris will be back Monday to answer your questions and comments. In the meantime, please share your color commentary and email us at HALFTIMEREPORT@FOXNEWS.COM and please make sure to include your name and hometown.

HOW ABOUT A HUG?
Nature’s formula for big bear meets chained-up sled dog took an unexpected turn for a group of Canadian bear watchers. CBC: “[A] big-bodied polar bear and diminutive dog threw caution to the tundra winds and cuddled up in northern Manitoba over the weekend. ‘I had no idea what was going to happen, and then sure enough he started petting that dog, acted like he was a friend,’ David De Meulles said. ’I just so happen to catch a video of a lifetime.’ De Meulles recorded a video over the weekend that shows one of the Arctic predators towering over a dog, tenderly petting it while the two nuzzle in Churchill, Manitoba.”

AND NOW, A WORD FROM CHARLES…
“I think criticism of the incoming administration [is]…as David Axelrod says, slightly unbalanced…At the same point they had not made appointments and he said I don’t remember being criticized.” – Charles Krauthammer on “Special Report with Bret Baier” Watch here.