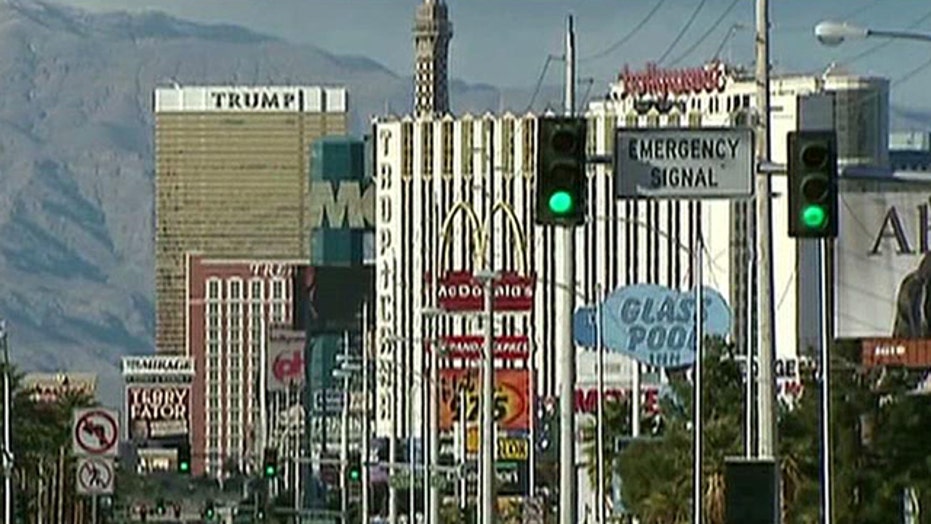 Severe drought plagues much of the West

For years, experts have been warning people in the American West they will have to make do with less water in the future. That dryer future already may have arrived.

This year, for the first time in history, lower flows in the Colorado River have prompted the federal government to reduce the amount of water flowing into Lake Mead reservoir outside Las Vegas. Bureau of Reclamation officials say if the river's level doesn't increase soon, there's a 50 percent chance that by next year, residents in Arizona, southern Nevada and California will have to start rationing water.

"There's a great deal of dependence upon the water supply from the Colorado River," explained Larry Walkoviak, regional director with the Bureau of Reclamation. "There are seven states in the United States, but we also have the Republic of Mexico. So you have more than 30 million people that rely on the use of the water for municipal purposes, agricultural purposes, industrial purposes."

"Las Vegas is literally the canary in the coal mine," said John Entsminger, senior deputy general manager of the Southern Nevada Water Authority. "We're the only major municipal area with our intakes in Lake Mead. As recently as 1999, Lake Mead was completely full, but the [13-year-long] drought we've seen in the 21st century has resulted in Lake Mead going down over 120 feet."

The last two years were the driest in recorded history for the Colorado River. This prompted federal regulators to announce the historic reduction of the amount of water released from Utah's Lake Powell reservoir to Mead.

The reduction will lower the reservoir's level another 20 feet by July.

Enstminger said the arid situation actually may not be unusual for the West. "We know from the paleo-tree ring record that the 20th century was one of the two wettest centuries of the last 1,200 years."

That means a drier West would be expected this century even without climate change projections showing the region becoming hotter and more arid. Add to the equation the fact that the population in the West is one of the fastest growing in the country.

"Demands on the river have been creeping up over the last hundred years now," according to Doug Kenney, director of the Western Water Policy Center at University of Colorado Law School. "You take that demand trend, look at the drought, look at longer-term climate change projections, and all the trends are going in the wrong way."

Kenney said the future will be very challenging but does not necessarily need to be grim.