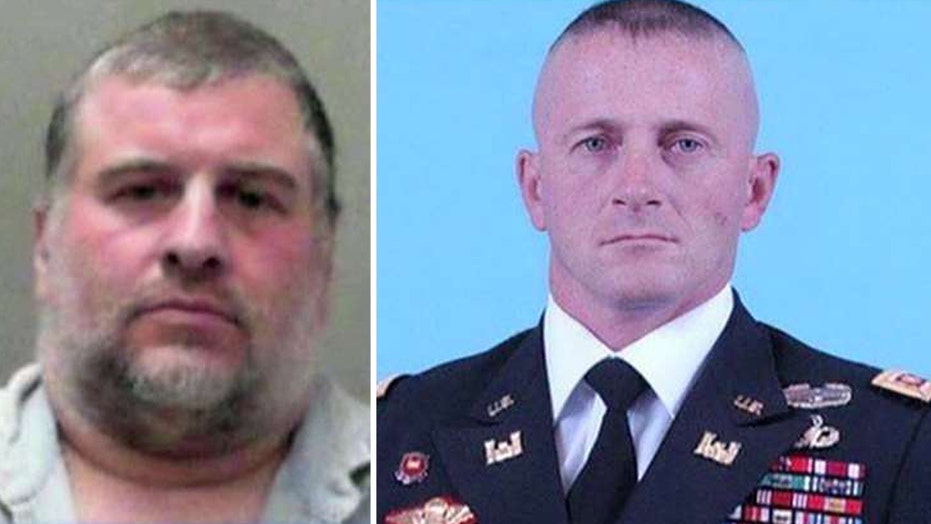 Man charged in attack on politician at fundraiser event

West Virginia State Police said a man was charged Sunday with attacking a state Senate candidate at a political cookout.

Senior Trooper J.E. Garren said Jonathan Porter is charged with malicious assault, attempted malicious assault and felony destruction of property in the beating on Sunday of Richard Ojeda, a retired Army officer who's running as a Democrat for a state Senate seat.

Garren said Porter asked Ojeda to put a bumper sticker on his truck, and then attacked him with brass knuckles. Police don't know what motivated the attack in Logan County, Garren said.

He said others at the gathering heard the commotion and were able to stop the beating, but then witnesses said Porter climbed in his truck and tried to run over Ojeda. Garren said someone stood over the candidate and Porter backed off.

He said the crowd tried to box the suspect in until police arrived, but Porter rammed their vehicles with his and fled. Garren said Porter turned himself in several hours later.

Porter was taken to the Southwestern Regional Jail, where online records don't show whether he has an attorney.

Garren said Ojeda is recovering from multiple facial fractures, a concussion, and swelling and bruising around his face and head.

Media reported that Kirkendoll issued a statement on Sunday condemning the attack.

"I do not now, nor have I ever, condoned violence. It has no place in our political campaigns or in our communities," he said. "My and my family's thoughts and prayers are with my opponent and his family and we wish him a speedy recovery."