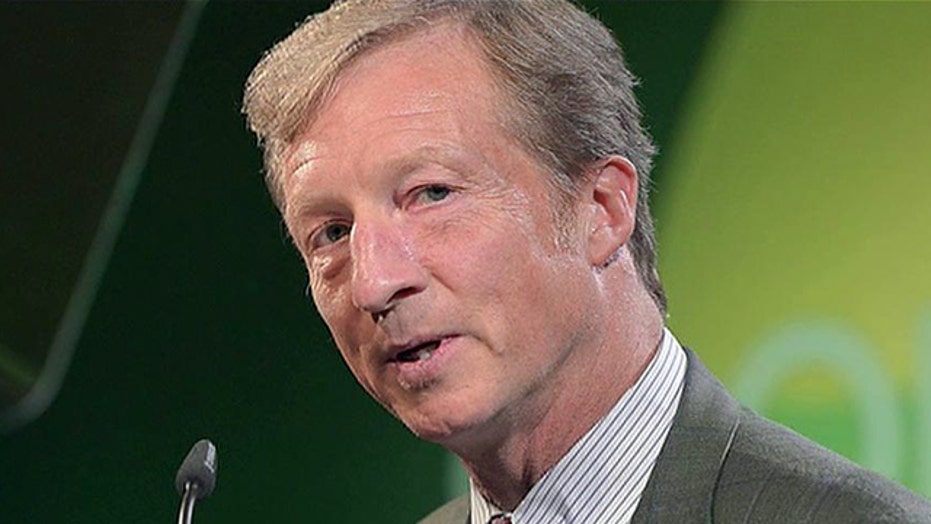 A liberal billionaire who believes the federal government needs to be proactive in fighting climate change is looking to donate as much as $100 million in upcoming elections to support candidates who agree with his viewpoints, Jamie Weinstein said Tuesday on “The Kelly File.”

Weinstein asked how much of an issue climate change will be in the upcoming congressional elections, as a recent poll found it to be among the issues voters were least concerned about.

“If this is the issue he is going to fight for, it’s not clear how effective it’s going to be in the midterm elections, when voters just don’t seem to care about the issue,” Weinstein said.