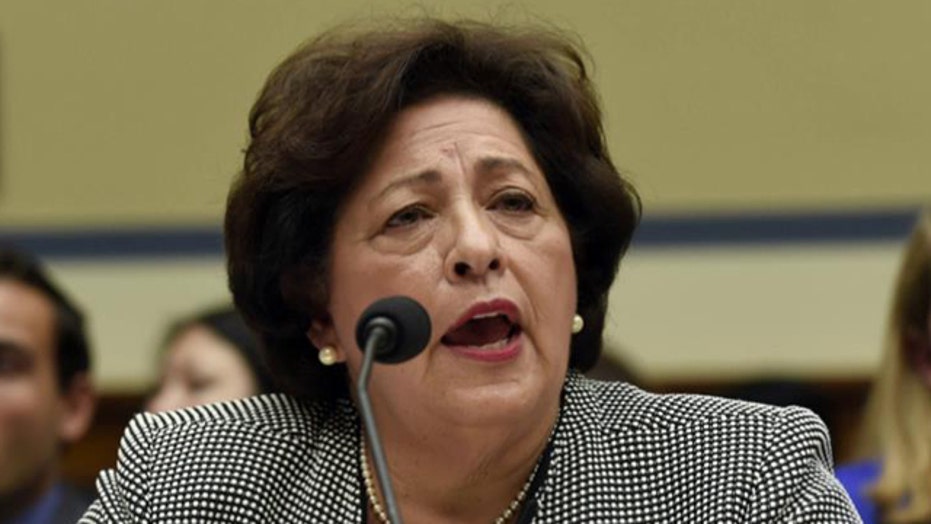 WASHINGTON – The Office of Personnel Management’s inspector general is accusing a senior agency official of hindering their investigation into the massive breach of security clearance and personal information for millions of federal employees.

Inspector General Patrick McFarland claimed that OPM Chief Information Officer Donna Seymour slowed his investigation into the breach, and that while he has had a positive relationship with the OCIO in the past, recent events made him “question whether the OCIO is acting in good faith.”

The July 22 memo sent by McFarland does not accuse any one OPM employee of intentional misconduct. Instead, McFarland points to a “shift in the attitude of the OCIO leadership” in his letter and claims the “new culture” has created “an environment of mistrust” by providing “incorrect and/or misleading information.”

The public criticism marks a significant departure from how both groups have worked with each other in the past.

Chaffetz has gone after the top officials at the OPM following revelations that hackers stole Social Security numbers, health histories and other sensitive data from nearly 21 million Americans in what’s believed to be the biggest data breach in U.S. history.

The revelations drew immediate indignation from lawmakers who blamed the Obama administration for not doing enough to protect the data, which led to embattled OPM director Katherine Archuleta’s resignation.

Now, Chaffetz wants Seymour, who oversees the entire agency’s computer system as well as its networks, gone too.

The latest OPM IG dustup is just the latest episode in a tug-of-war independent government watchdogs claim they are having with the departments they are hired to monitor for waste, abuse and fraud.

Nearly six-dozen watchdog agencies – under the umbrella of the Council of the Inspectors General on Integrity and Efficiency -- asked Congress this week to step in after the Obama administration clamped down on access to government records they say are vital to do their job properly.

The IGs argued in a Senate Judiciary hearing Wednesday they feared more and more agencies would try to cut off the supply of information them.

Specifically, the IGs asked lawmakers to reverse a controversial decision made July 20 by the Department of Justice’s Office of Legal Counsel that now requires independent investigators to get permission to review sensitive documents from the very agencies they are monitoring.