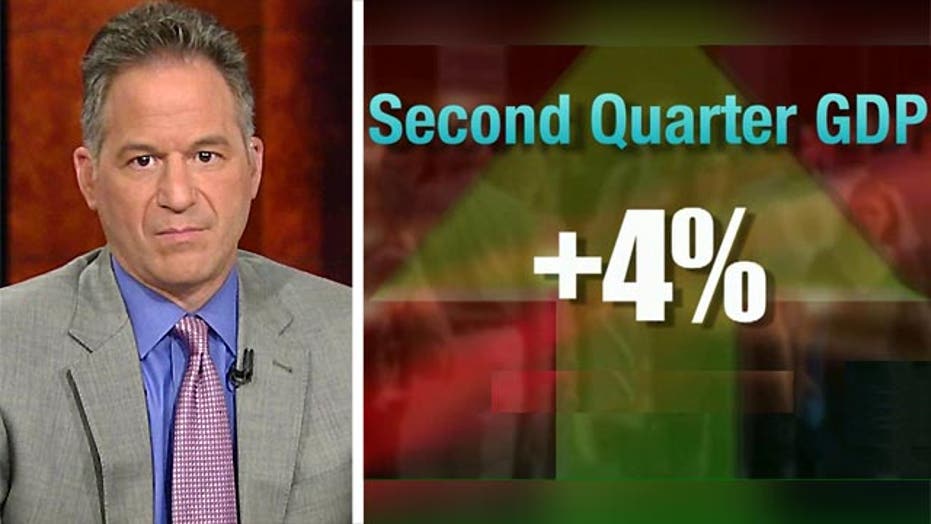 Washington Post editorial writer Charles Lane said Wednesday on "Special Report with Bret Baier" that new economic numbers released by the Commerce Department show a "soft landing out of the recession," but many "leftover" issues still need to be addressed.

The latest numbers conclude the U.S. economy grew at a robust 4 percent annual rate this spring. Lane said the positive numbers were expected, and prove the harsh winter where the economy shrank to a 2.1 percent annual rate was not as bad as previously thought.

"On the whole, it just supports my view all along which is that we've achieved, more or less, a soft landing out of the recession," he said.

However, Lane said there are still a lot of big issues plaguing the U.S. economy, including long term unemployment and low labor force participation. Lane said these "leftover" issues are still negatively affecting Obama and the Democrats politically.

"When you look at these good numbers and you ask yourself why is it not showing up in the president's approval rating which remains low, in spite of this economic progress, I think you have to look at all of that unfinished business," he said. "All this stuff that is sorta bad hangover of the great recession that people out there still feel uncomfortable about and are not ready to reward the president and the Democrats politically."