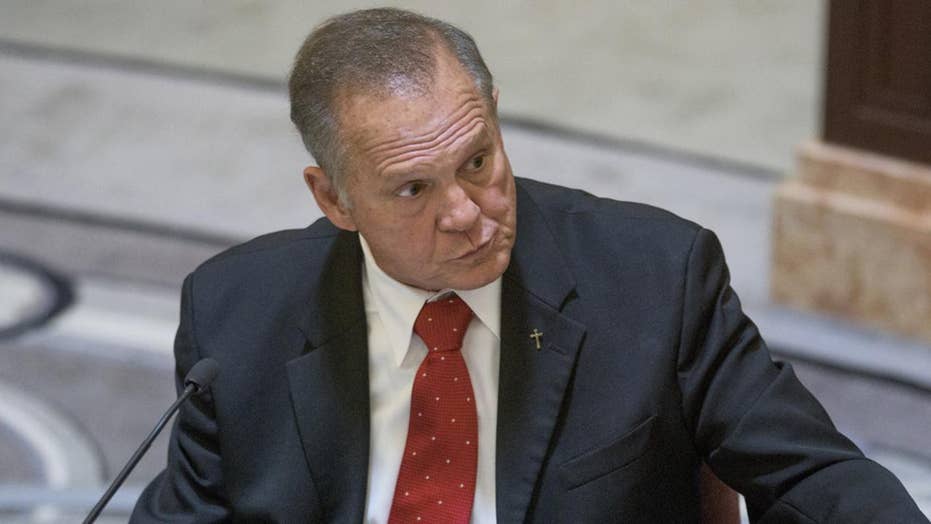 As more accusers talk to press.

Roy Moore’s Senate campaign is still actively pushing against The Washington Post, the newspaper which broke the story about the candidate’s alleged relationships with teenage women.

Reporters from the newspaper were denied entry to Moore’s election night watch party in Montgomery, Ala., the news outlet confirmed to Fox News. Both reporters tried to cover the event anyway, tweeting photos through windows and behind closed doors.

“We were denied credentials and when our reporters asked to enter they were told no,” a statement from the Post’s public relations team read.

Separately, Post reporters also were asked to leave a rally the campaign held in Midland City on Monday night, according to Moore campaign spokesperson Hannah Ford.

The newspaper last month published a story in which several women detailed their alleged relationships with Moore when he was in his early 30s and they were in their teens.

Moore called the piece — which he believes is part of a “political agenda” — a “terrible, disgusting article” and questioned why “these women had not come forward for 40 years but they came forward 30 days before the election.”

The report triggered other women to allege similar accusations of misconduct against the Senate candidate, all of which Moore has denied.

Moore is running against Democrat Doug Jones in the race.

President Donald Trump, after initial hesitance, has been pushing for voters to elect Moore in the days leading up to the special election.