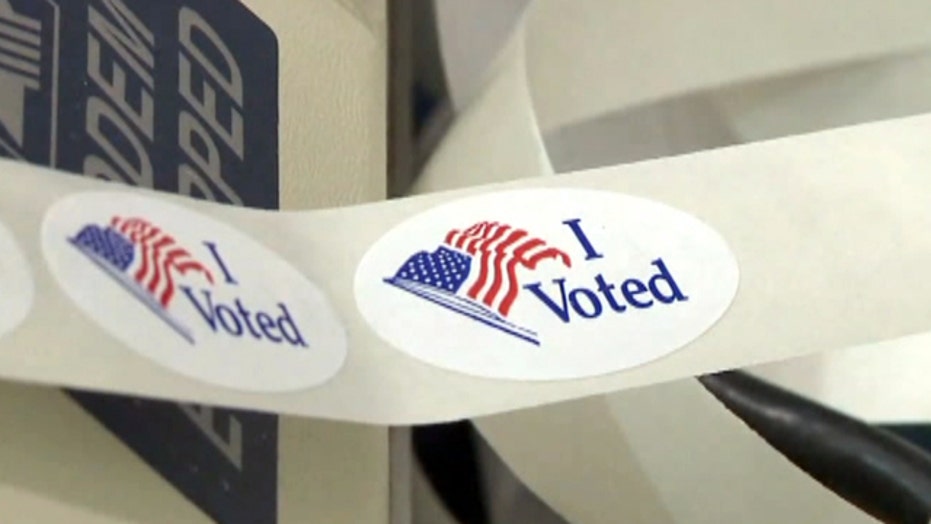 The state of voter ID laws ahead of midterms

Voter I.D. is one of the most contentious issues in the mid-term elections -- and it's not even on the ballot.

Recent conflicting court decisions have both supported and struck down laws in several states.

"I think that voter I.D. works," declared the Secretary of State of Rhode Island, A. Ralph Mollis. Voter I.D. has been the law in the Ocean State since 2012.

"It protects the voter," he said.

Mollis, a Democrat, said that in his state, "it has worked tremendously well. Our clerks have told us it helps the lines move easy. You don't have to say your name and repeat the spelling of it. It is right there on the I.D. It has given people some confidence in their election. When they go there, they know that my vote is protected."

While supporters say voter I.D. ensures the credibility of the democratic process, and that a variety of measures are in place for people without an I.D. to obtain one and vote, critics contend that often is not the case.

"There hasn't actually been an objection to voter I.D. requirements per se. It is this new species of I.D. requirements that are actually really onerous, that actually sharply restrict the kinds of I.D's that are acceptable to a form that millions of Americans don't have," warned Wendy Weiser, Director of the Democracy Program at the Brennan Center for Justice at N.Y.U. Law School.

"This is a real sea change and a real cutback for a lot of voters, and that is the real the concern."

Courts have been split on the issue, depending upon the state. Some 31 states rely on voter I.D., 15 of them require a photo I.D.

In 2008, the U.S. Supreme Court upheld the voter I.D. law in Indiana, and this month backed the new law in Texas.

But the justices also blocked the voter I.D. law in Wisconsin, and in Arkansas, that state's highest court also ruled against voter I.D.

A recent report by the Government Accountability Office found mixed conclusions regarding the impact that voter I.D. has on turnout. It says that out of ten studies, five "found that I.D. requirements had no statistically significant effect on turnout; in contrast four studies found decreases in turnout and one found an increase in turnout."

The GAO says it found that voter I.D. decreased turnout in Kansas and Tennessee by 1.9 to 3.2 percent in the 2012 election.

In her dissent in the Texas ruling, Supreme Court Justice Ruth Bader Ginsburg wrote that it "may prevent more than 600,000 registered Texas voters (about 4.5 percent of all registered voters) from voting in person for lack of compliant identification. A sharply disproportionate percentage of those voters are African-American or Hispanic."

But the office of Texas Attorney General Greg Abbott, a Republican who is running for governor, praised the majority opinion backing his state’s law, saying that "the U.S. Supreme Court has already ruled that voter I.D. laws are a legal and sensible way to protect the integrity of elections."

"We're going to keep challenging many of these laws. But keep in mind that most of these laws are not preventing the overwhelming majority of folks that don't vote, from voting," he told activist Rev. Al Sharpton on his radio program on October 21.

"Most people do have an I.D., most people do have a driver’s license, most people can get to the polls. It may not be as convenient, it may be more difficult, there may be a few people impeded...but the bottom line is if less than half our folks vote, these laws aren't preventing the other half from not voting," the president said.

Others also say voter I.D. laws do not suppress the vote. They point to Georgia as an example where turnout increased and to Rhode Island, where officials say not only has turnout increased, but that there has been no evidence of anyone denied the right to vote.

Mollis said out of more than 580,000 ballots cast during the 2012 election, only 186 people did not have I.D.'s, and each person was able to vote by provisional ballot.

This year, with more than 120,000 people voting in the September primaries, "we did not have one documented incident of someone not getting the chance to vote for lack of an I.D."

But voter I.D. critics, like Weiser, say not all states are the same.

"There is a real spectrum of voter I.D. requirements across the country," she said.

"I think the real concern here is with eligible citizens not being able to participate in large numbers because of unnecessarily strict and inflexible I.D. requirements...this isn't an objection to Voter I.D. in general, it is these strict new I.D. requirements that are unnecessarily strict and that courts are finding are not only discriminatory but actually unjustifiably keeping large numbers of people from being able to participate...these kinds of laws are not doing anything to address any problem of voter fraud."

Mollis, who believes that some voter I.D. laws are too strict and can lead to voter suppression in other states, thinks that his supportof the law cost him an election. While he is term-limited as Secretary of State, he points to the heated political partisanship surrounding the issue as one reason for his recent defeat in the race for Lt. Governor in the Democratic primary.

"Because I supported voter I.D., the progressive Democrats didn't feel I was progressive enough and so they ran a more progressive candidate in addition to the candidate I had, which took votes away from me," he said.

Mollis said he has no regrets because he believes strongly in the credibility of his state’s election efforts under his tenure.

"I say to our critics, look at Rhode Island," he said. "We've taken a law, we've fixed your concerns, it is not turning anyone away, and it protects the integrity of the election.

"This is a chance for them and us to embrace something that I think is very important to our electoral process."

Lissa Kaplan contributed to this report.