Victor Davis Hanson on the aftermath of Mueller probe

Victor Davis Hanson on the aftermath of Mueller probe

"I think the Mueller story is pretty much through, and it's kind of like a boomerang effect," Hanson said. "Now we are going to see that the people who were instrumental in subverting the Trump campaign and transition and indeed the presidency are going to be called to account. 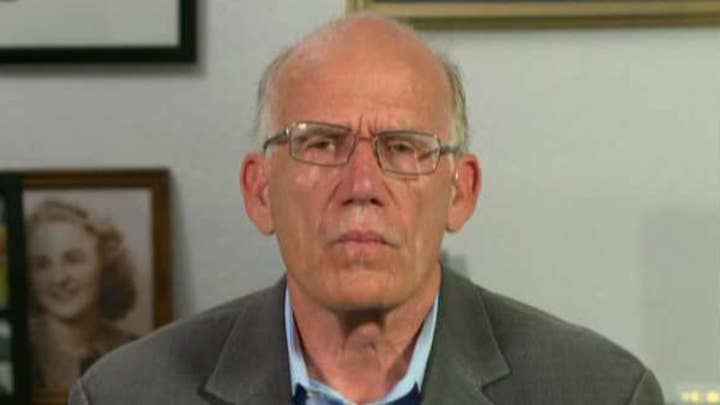 "We heard these walls are closing in," Hanson continued, "but it's going to act in reverse. So, Comey, Brennan, McCabe, [Justice Department official] Bruce Ohr and his wife -- they are facing criminal referrals or likely criminal referrals.

"This is going to be a slow, drawn-out process all the way to the 2020 election," he added.

Hanson recommended that President Trump in 2020 campaign heavily on the state of the economy as the post-Mueller news cycle continues.

"You mention the good economy," he told host Laura Ingraham. "That's something Trump needs to focus even more on."