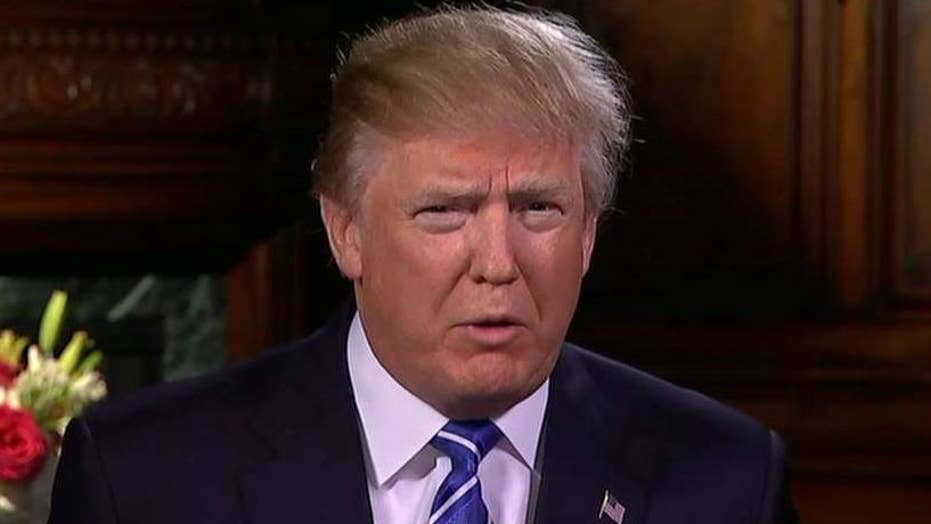 The head of an Iraq and Afghanistan veterans group says they will decline donations from the fundraising event Donald Trump plans to hold Thursday night as he sits out the Republican primary debate.

Iraq and Afghanistan Veterans of America founder Paul Rieckhoff said on Twitter Wednesday that his group had not heard from the Trump campaign and did not know which organizations would be involved in the veterans event.

If offered, @IAVA will decline donations from Trump's event. We need strong policies from candidates, not to be used for political stunts.

Rieckhoff’s criticism wasn’t reserved only for Trump. He had a similar message for Texas Sen. Ted Cruz after a super PAC supporting the presidential candidate offered to donate $1.5 million to veterans if Trump accepts a one-on-one debate challenge.

Now it's Cruz yanking vets into the nastiness of the presidential fights before Iowa. This is not what vets need. https://t.co/xY9zwQX11n

Former HP CEO Carly Fiorina also said her campaign would donate $1.5 million to veterans’ causes – if she can join the proposed Cruz-Trump face-off.

It’s unclear which groups will be involved in the Trump veterans event Thursday night in Des Moines. Trump’s campaign quickly put the event together after the Republican presidential front-runner announced he would not participate in Thursday’s Fox News/Google debate held at the same time, claiming he had been treated unfairly by the network.

The campaign said Wednesday night that the “special event to benefit veterans organizations” would be held at Drake University in Des Moines.

“We're going to raise a lot of money for the veterans. A lot of money is going to be raised,” Trump told Fox News’ Bill O’Reilly, while repeatedly refusing to reconsider his decision to boycott the debate. “A lot of people are going to be there, and I can do some good.”

Rieckhoff has been critical before of politicians’ comments about veterans issues on the campaign trail.

After Sarah Palin, during her Trump endorsement, seemed to point the finger at President Obama over mental issues her son may be dealing with following his Iraq war service, Rieckhoff pushed back. He called PTSD a “very serious problem” and reportedly urged Palin not to “politicize” it.

IAVA says it has over 180,000 post-9/11 veteran members. The group spent about $3 million on awareness, community and advocacy programs, according to the most recently filed financial forms analyzed by Charity Navigator.