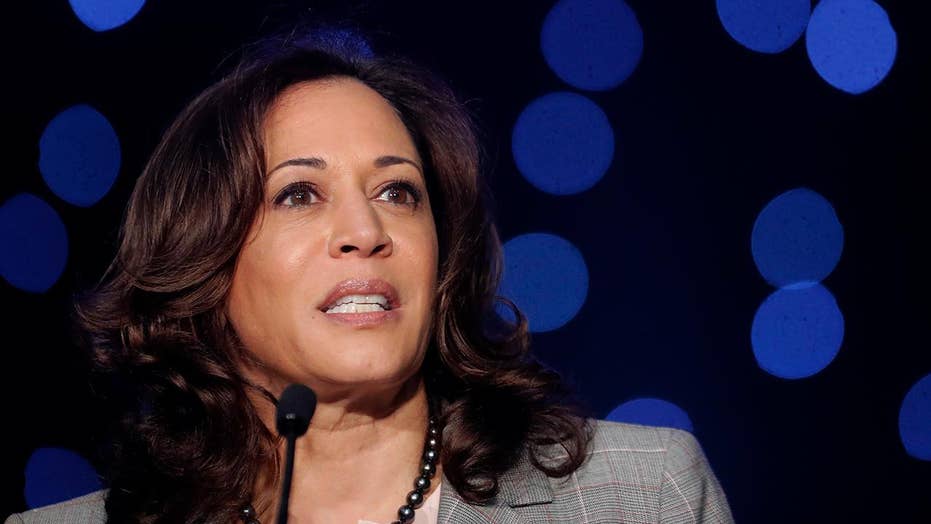 Kamala Harris is going after the gun rights of every American: Katie Pavlich

An op-ed published in USA Today has been widely criticized for arguing that Sen. Kamala Harris' gun ownership is a “disqualifying” issue precluding her from being elected president.

USA Today opinion contributor Peter Funt said the California Democrat “apparently thinks it’s fine to own a handgun for personal safety,” which he insisted was a “position held by the NRA, not progressive Democrats” and that her gun ownership is a “under-publicized revelation.”

"Her words are fine, but for a progressive like me, they are undermined by that handgun. And I can't be the only one who is disturbed. Keeping a handgun for personal safety is a bedrock conservative view. The best defense against a ‘bad guy with a gun,’ the NRA falsely argues, is ‘a good guy with a gun,’” Funt wrote.

Funt appeared to take issue with Harris’s reasoning behind purchasing a gun, in which she said that as a career prosecutor she dealt with “dangerous criminals” and she “felt compelled to have a gun.”

“Kamala Harris doesn’t seem to have the courage to concede that owning a handgun for protection is a bad idea,” Funt continued. “Instead, she has given voters a real choice: Back candidates who care enough about gun control to not own handguns, or support the only major Democratic contender who has one and won't throw it away.”

The op-ed was torched on social media.

Harris is one of the Democratic frontrunners in the 2020 race, averaging in third place in the polls according to Real Clear Politics.