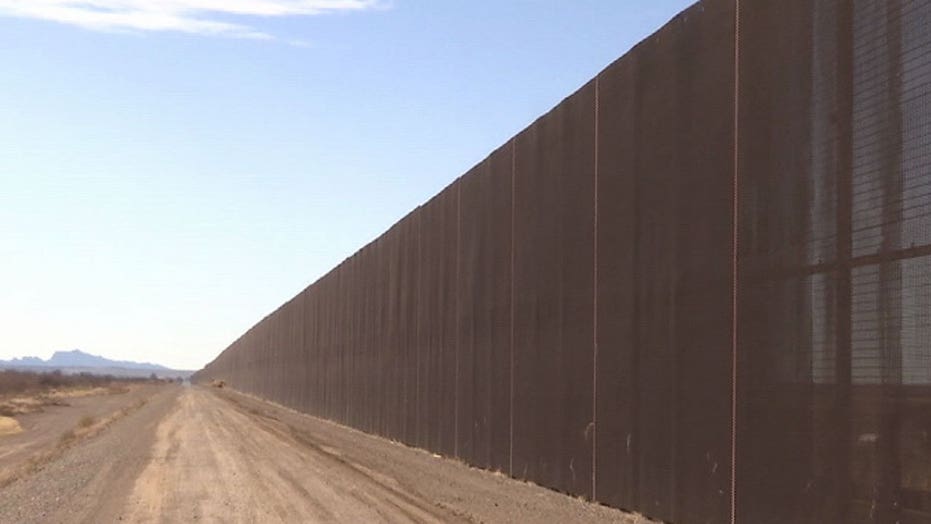 Local El Paso Border Patrol Union doubts the 1,200 positions open around the country will be filled

EL PASO, TEXAS – The U.S. Customs and Border Protection is hiring. And in huge numbers.

The agency is looking to fill about 1,200 positions for all three of its units – the Office of Field Operations, Border Patrol and Air and Marine Operations. And President Trump recently announced that in the next few years he wants to hire several thousand more agents to protect the nation’s border.

But achieving that task won’t be easy.

“We’re already about 1,200 agents short of the congressional mandate. With the executive order to hire another 5,000 people, we can’t get people to come on patrol,” said Stu Harris, vice president for AFGE Local 1929, the local El Paso Border Patrol Union.

Harris said recruitment efforts are stymied by imprecise polygraph examinations and grueling work schedules. Border Patrol agents, whose starting annual salary is $52,000 and who can make $97,000 in their fifth year, usually spend long days and nights away from home -- workloads that some say are not conducive for retention or raising a family.

The Border Patrol hit a high of staffing in 2011, with 21,444 agents. The number of agents has dropped every year since. Last year, the agency fell below 20,000 agents for the first time since 2008, according to the agency.

The agency indicated it was planning to loosen requirements for veterans and former law enforcement officials.

“To meet our critical hiring needs we are exploring ways to recruit individuals that the Federal government has already vetted to work in sensitive positions, such as military and federal law enforcement officers while also working to omit redundancies in the hiring process," a spokesperson said in a statement.

U.S. border patrol agents detain two men after they entered the United States by climbing over the border wall from Mexico. (Reuters/Mike Blake)

Critics point to polygraph tests as one reason the agency has trouble recruiting strong candidates.

“So these are the kind of errors in the reading of the polygraph results that are resulting in a failure rate of two out of every three not passing the polygraph exam,” said Harris. “We’ve had stories of candidates sitting down for six to eight hours.”

The number of Border Patrol agents failing the polygraph tests is more than double the average rate of eight law enforcement agencies, according to a recent report by Associated Press.

The former commissioner’s response angered some who felt it was grossly unfair.

“For him to say it’s the applicant pool is another display of his incompetence," Harris said, "and how much he was out of touch with reality.”

Sen. Jeff Flake, R-Ariz., said not only are the polygraph test glitches posing a serious problem to the future of the agency -- but it's also ruining the lives of many innocent people.

“I have been troubled by the personal anecdotes of questionable interrogative techniques from applicants who have failed CBP’s polygraph," Flake told Fox News. "If the agency’s polygraph is indeed flawed, it has the potential to do long-term career damage to otherwise qualified applicants who fail.”

SUPREME COURT APPEARS DIVIDED ON CROSS-BORDER SHOOTING BY US AGENT

Union members have been working with members of Congress to try and address the high rate of polygraph failures -- in a way that ensures the best candidates are hired.

But just getting candidates to apply is another challenge.

The Border Patrol makes no secrets about the difficulties of the job. Its career website says candidates work long, rotating shifts, in hazardous conditions. Candidates must also be willing to be away from home for a month, or more, at a time.

Harris suggested the Border Patrol should offer pay incentives and the option for agents to pick where they want to go next after a tough assignment.

“We’ve got to find some way to incentivize to keep people there. So we can keep securing the border and keep people in the Border Patrol," said Harris. "Instead of having people go to other agencies.”

Victor Manjarrez, a former Border Patrol Sector Chief for both El Paso and Tucson, said the CBP is about two years behind when it comes to filling all of its open positions.

He said pay incentives are a short-term solution. He believes the agency should attract recruits in remote areas instead of focusing on big cities.

"What we normally see is you get these young families that come out, and they’re looking for good public schools, looking for things they find in bigger cities. They’re not going to find them,” Manjarrez said. "Why aren’t we recruiting in rural areas [where] people might be more accustomed to that lifestyle?”

While the job is tough, and not for everyone, the union and recruiters believe that’s exactly why veterans are especially qualified. Veterans can receive special benefits, and do not need to be younger than 37 like other candidates.

“They currently serve our country,” said Adriana Carranza, a CBP recruiter, “and it’s any easy transition for them to continue serving our country with our agency.”