Some of the doctors at the University of Wisconsin who gave out sick notes to union supporters skipping work to protest face punishment ranging from written reprimands to docked pay and loss of leadership positions.

UW School of Medicine and Public Health issued a written statement saying it interviewed 22 doctors and cleared some of any involvement in the incident. University officials did not specify how many and said they would not comment.

"Personnel action will be based on the specific nature of the offense and the level of the physician's involvement," the statement said.

The doctors handed out sick notes to union supporters so they could protest on Feb. 19. against Gov. Scott Walker's budget bill calling for an end to collective bargaining for most state workers. Many were teachers who could be disciplined for missing work without a legitimate excuse.

The Medical Examining Board and state Department of Licensing and Regulation are also investigating the doctors.

The bill has not taken effect pending legal challenges. However, it could be inserted into the budget, which takes effect in July, now before the Joint Finance Committee.

A judge has blocked implementation of the collective bargaining law over questions about whether it was passed legally. Walker is counting on the law being in effect to save the state $330 million over the next two years through higher pension and health care contributions from state workers. 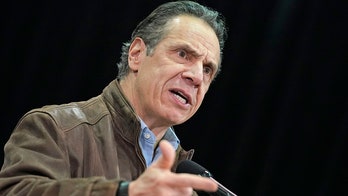