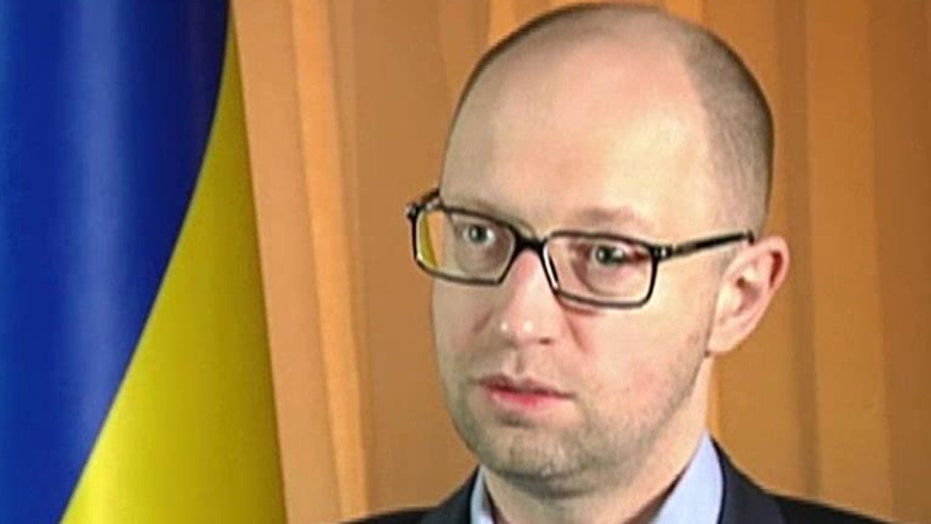 Ukrainian Prime Minister Arseniy Yatsenyuk said Saturday that his country is not on the verge of collapse and that Russian-backed separatists continue to attack Ukrainian soldiers despite a recent cease fire agreement.

Yatsenyuk's comments come about one week after European leaders brokered a cease fire in the roughly 10-month conflict between Russia and Ukraine in the eastern region of the country.

A top European Union official said Thursday that the 28-member bloc will provide armored cars and satellite imagery to monitor the cease fire but is undecided on whether to commit troops to a proposed United Nations-mandated peacekeeping mission.

Maciej Popowski, deputy secretary general for External Action Service, said "there needs to be more clarity" on the proposal by Ukrainian President Petro Poroshenko before the EU could decide on sending troops.

Meanwhile, Ukrainian military and separatist representatives on Saturday night exchanged dozens of prisoners. Roughly 140 Ukrainian troops and 52 rebels were exchanged, according to a separatist official overseeing the swap.

He spoke to reporters after a meeting of the EU's defense ministers in Riga.

France's Defense Minister Jean-Yves Le Drian said separately the Organization for Security and Co-operation in Europe would be sending some 400 cease fire observers to Ukraine. The EU and NATO have urged the pro-Russia separatists to allow OSCE observes to monitor the shaky cease-fire deal.

Earlier this week, the Russia-backed separatists captured the key rail transportation city of Debaltseve, which was considered a crushing defeat for Ukraine and a sign the country was indeed on the verge of at least a military collapse.

Ukrainian soldiers retreated on Thursday from Debaltseve but not before 13 were killed and 157 were wounded in the fighting, according to Kiev officials.

Yatsenyuk also said Saturday there is “no doubt” that Russian President Vladimir Putin wants to take over Ukraine.

“But let me provide you a bigger scope, what's really the ultimate goal of President Putin. ... He's fighting with all of us.”

He also repeated his plea for Western allies to supply weapons to the out-gunned Ukrainian forces.

“We have to defend ourselves,” Yatsenyuk said. “Russia is constantly supplying tanks, surface-to-air missiles and the rest of the stuff. And again everyone knows this. We still use outdated Soviet-style equipment.”