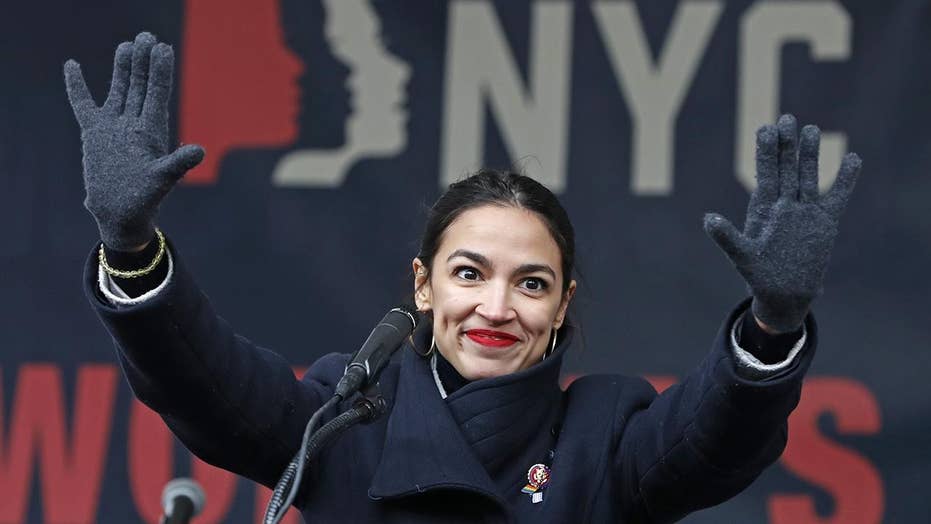 U.S. Rep. Alexandria Ocasio-Cortez responded to criticism from a top columnist on Tuesday that she had a "rare bad night" during President Trump's State of the Union speech.

Peggy Noonan, the Wall Street Journal columnist, tweeted that the 29-year-old Democrat looked "sullen, teenaged and at a loss" during a night where the freshman rep kept mostly silent and refused to applaud president Trump's remarks as he touted his administration's low unemployment numbers and efforts to cure AIDS and stop sex traffickers.

Ocasio-Cortez - a frequent critic of Trump - took to Twitter to defend herself.

"Why should I be “spirited and warm” for this embarrassment of a #SOTU? Tonight was an unsettling night for our country. The president failed to offer any plan, any vision at all, for our future. We’re flying without a pilot. And I‘m not here to comfort anyone about that fact," she wrote.

Ocasio-Cortez did clap when Trump recognized the number of women in Congress.

Trump's appeal for unity is unlikely to win over many of his Democratic critics in Congress. Before Trump even delivered his speech, California Sen. Kamala Harris, a 2020 Democratic presidential candidate, said, "We will hear insincere appeals to unity."

Also in the audience were several other Democrats running to challenge Trump in 2020, including Cory Booker of New Jersey, Elizabeth Warren of Massachusetts and Kirsten Gillibrand of New York.

Noonan tweeted, "This has been a deeply adept speech in terms of policy. He cut to the muscle on legal and illegal immigration, on abortion and infanticide, on foreign wars. His vow on socialism will be remembered. Great heroes in the balcony, a real American panoply."