Two top Congressional Democrats signaled Thursday an ominous fate for the sex-scandal-plagued Rep. Anthony Weiner, this as the New York Democrat dug in his heels and refused to resign.

And though neither man joined the avalanche of calls for the embattled lawmaker to resign, the message was clear.

"There's an old saying, who was it that said, ‘Don't murder somebody who's already committing suicide,'" Senate Majority Whip Dick Durbin said (quoting Pres. Woodrow Wilson). When asked if the spiraling Weiner scandal had become a distraction to Democrats, the Illinois Democrat said, "He has serious problems that will not go away soon."

Rep. James Clyburn, D-SC, the number three Democrat in the House, said, "What he does, he does, but I think the Caucus may have something to...say about it."

The congressman, on his way to bipartisan budget talks with Vice President Joe Biden, D-Del., said, "It's not a distraction to me. I'm still focused on deficit reduction." But when asked if his New York colleague had brought dishonor on the House, Clyburn turned and said, "On himself." 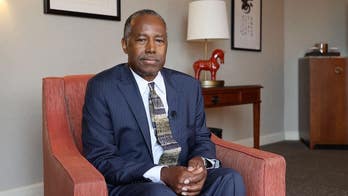