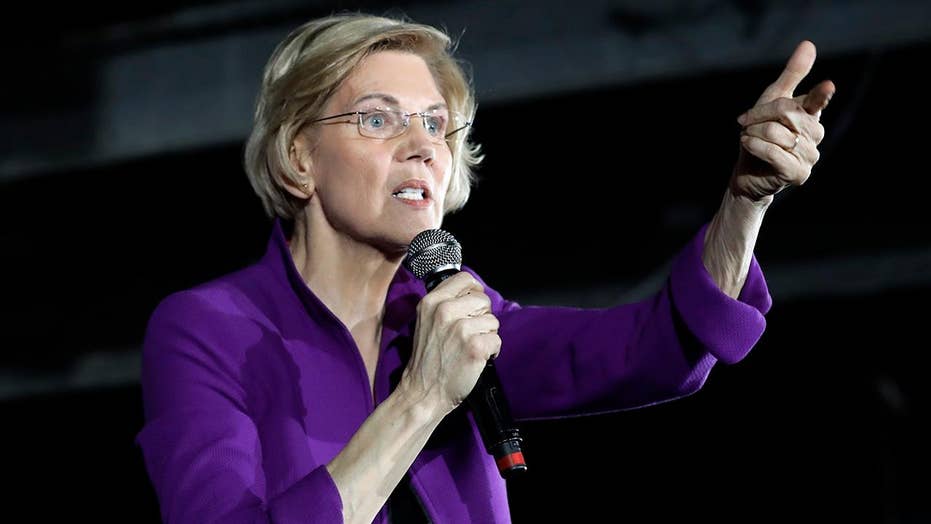 Massachusetts senator and 2020 Democrat Elizabeth Warren was seeing double on Monday after meeting her lookalike in Minnesota.

Stephanie Oyen sported short blond hair, glasses, and a blue blazer at a town hall event at Macalester College knowing that her attire would resemble the presidential candidate's style. But she apparently underestimated how good of a doppelgänger she is.

“I thought it would get some giggles,” Oyen told the Star Tribune. “Then people started yelling, ‘Senator Warren!’ People were clapping and running up to me to take photos. I kept saying ‘I’m not her!’ but I looked up and hundreds of people were staring at me.”

Eventually, she had enough of the confusion she had sparked at the event and took off the blazer and glasses.

WARREN CALLS FOR SCRAPPING 1994 CRIME BILL, IN SWIPE AT BIDEN

“It got weird very fast," she explained. "I talk with my hands and shake my head, which only made me look more like Elizabeth Warren. I was saying ‘I’m not her!’ but I could have been saying ‘Medicare for all!’ ”

She continued, “I’m not a prankster. I really thought people would know, but then they started running up and saying ‘You’re my hero!’ and taking photos. I felt so bad.”

“I couldn’t tell if she recognized I was dressed like her or if she thought, ‘Here’s a weird lady dressed like a stereotypical politician,’ ” Oyen recalled.

Warren reportedly told her “We need to talk!” as she pointed to Oyen's outfit.

The 2020 candidate later joked on Twitter that it "would've been even better if she'd brought her own Bailey," aka Warren's golden retriever and campaign companion.