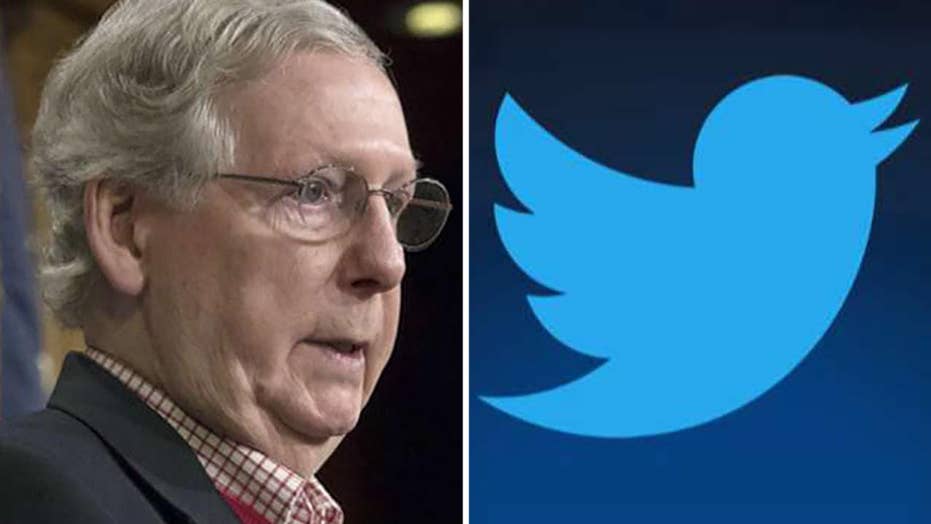 The National Republican Senatorial and Congressional Committees are hitting back at Twitter for locking Sen. Mitch McConnell's campaign account; Doug McKelway has the latest.

Days after the social media platform froze the “Team Mitch” account over a video it posted of leftwing threats against the Republican Senate leader, the situation appeared to be resolved Friday as the campaign celebrated having Twitter access again.

“Victory!!!” the “Team Mitch” account tweeted Friday afternoon. “Thank you to EVERYONE for helping #FreeMitch.”

Twitter officials confirmed that it restored access, saying it decided to allow the controversial video posted by McConnell to be displayed in certain cases.

"After multiple appeals from affected users and Leader McConnell’s team confirming their intent to highlight the threats for public discussion, we have reviewed this case more closely," Twitter said.

It added: "Going forward, the video will be visible on the service with a sensitive media interstitial and only in cases where the Tweet content does not otherwise violate the Twitter Rules."

The drama -- which included threats from Republicans to stop spending ad dollars on the platform -- began Wednesday when Twitter froze the "Team Mitch" account after the campaign posted videos of protesters outside McConnell’s home, which included violent threats against the Kentucky senator.

The episode prompted the McConnell campaign to slam Twitter for political bias, saying the social media platform had effectively blamed the victim. The situation escalated Thursday with top Republican organizations, including the National Republican Senatorial Committee, the RNC and the Trump campaign saying they would not spend money on Twitter until the freeze-out was resolved. 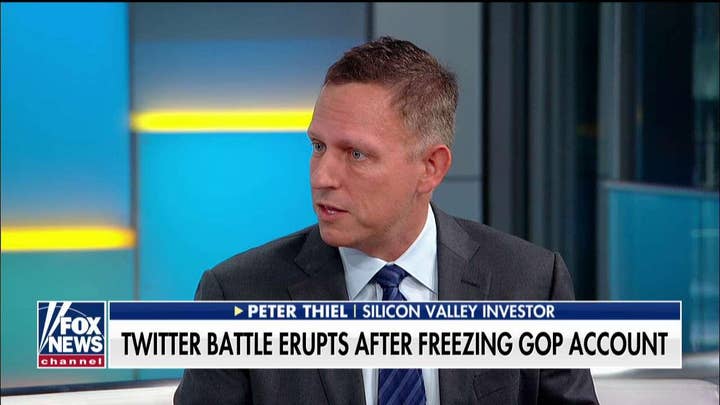 Earlier this week, a Twitter spokesman said of the situation: "The users were temporarily locked out of their accounts for a Tweet that violated our violent threats policy, specifically threats involving physical safety.” The website's policy states that users cannot share content that includes threats against an individual or group of people, regardless of context.