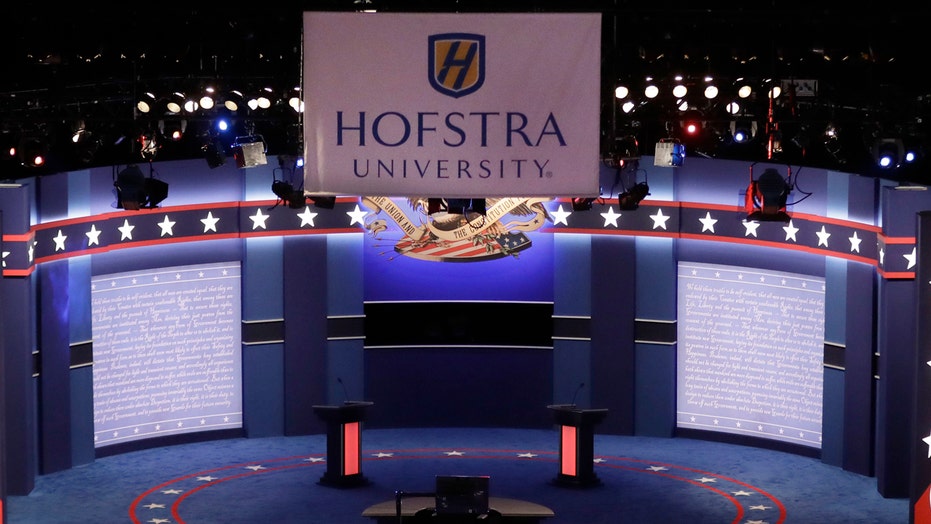 Donald Trump will enter his first official presidential debate Monday night with something few pundits would have granted him even a month ago: a respectable shot at winning the White House.

The tightening of the polls in the run-up to this historic face-off between the Republican nominee and Democrat Hillary Clinton has injected added drama into the forum, already expected to draw record audiences thanks in no small part to the personalities on stage. With the race a virtual dead heat nationally and seemingly in flux in key battlegrounds, though, what happens on the Hofstra University stage Monday has the potential to decidedly tilt the race.

A flurry of new polls Monday underscored how much is at stake, as each candidate vies for a momentum-building moment.

While both candidates are studying up and putting the final touches on their arguments, Clinton effectively took herself off the trail to prepare, even as Trump continued campaigning last week.

In a sign of how seriously Clinton is treating her on-stage encounter with the opponent she has described as unqualified and unfit, the Democratic nominee was squeezing in one last mock debate and prep session Monday.

But Trump is unlike any past debate opponent she has faced, and having the better mastery of policy details Monday night may not be enough to undercut his polling momentum.

Her aides, meanwhile, have been on the offensive saying Trump must be fact-checked in real time during the debate. A number of outlets seemed to have taken the cue, releasing pre-debate fact checks over the weekend.

Each candidate faces a unique challenge at Hofstra.

Trump, who has never held office, faces the task of proving to voters he’s ready for the nation’s highest office amid accusations from critics that he's "unfit" -- while Clinton faces the task of settling questions about her honesty, which polls consistently show are a drag on her bid.

"When you talk about her trust numbers, it's something she really takes seriously and she's going to be talking tonight to the American voter about what she would do so that they understand that she'd be a fighter for American families in the Oval Office,” said Kristina Schake, Clinton's deputy communications director. “She understands trust is not earned overnight, she knows a lot of people have questions about this and she's eager to get out there and talk to people about it."

While this is Trump’s first time on the general election debate stage, he proved himself a formidable opponent during the grueling schedule of GOP primary debates that began last year.

As is the custom, each side is putting heavy pressure on the other’s nominee to perform, in the final hours before show time.

“Hillary Clinton has been in public life forever. … The expectation is that she will do very, very well. And she must,” Priebus said.

Clinton’s campaign has also warned the media against effectively grading Trump on a curve, pre-emptively arguing that the GOP nominee simply behaving himself is not good enough.

Trump’s campaign has answered by continuing to tout the polls.