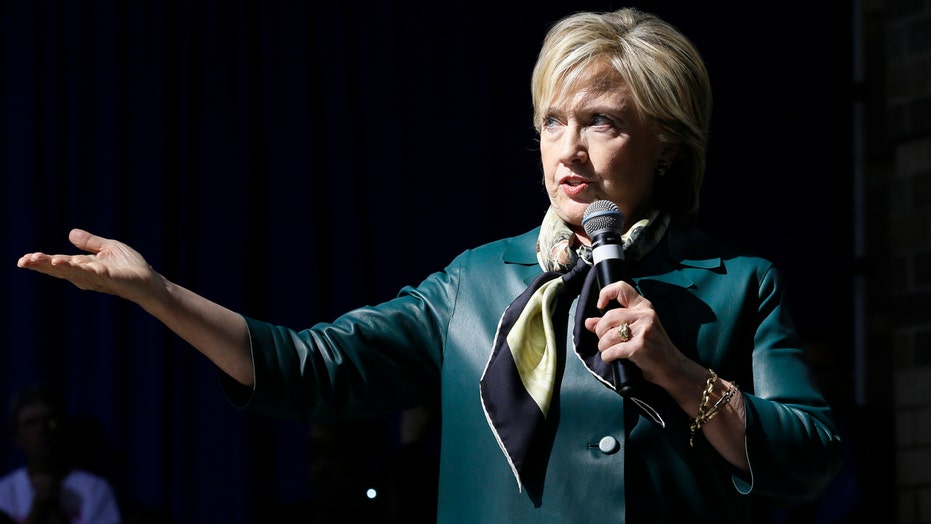 The depth of the trust deficit between swing-state voters and Hillary Clinton is revealed in a new Quinnipiac poll that shows likely voters view her as the least honest and trustworthy candidate of all top presidential contenders.

While the polls show Clinton holding her lead in all three states, the responses on the trust question suggest the frequent developments on her personal email scandal are taking a toll. The latest, Fox News has learned, is that the FBI probe of her email has now expanded to include obtaining data from a second tech company which had been hired to help back up data by the company that managed her server.

The Quinnipiac poll out Wednesday shows that in Florida, voters say Clinton is not honest and trustworthy by 59-35 percent.

Trump does slightly better on that question in those states, though still the worst among the leading Republican candidates. Both Trump and Clinton register a negative favorability rating in the three states as well.

Still, Clinton holds a comfortable lead in Florida and Ohio. The exception is Pennsylvania, where her support among primary Democrats slips from 45 percent in August to 36 percent now. Vice President Biden, who is not at this point a declared candidate, has 25 percent, and Vermont Sen. Bernie Sanders has 19 percent.

Biden may benefit from the fact that Pennsylvania is his home state.

Republicans seized on the "trust" numbers Wednesday, especially after Clinton's campaign went on offense earlier this week against the congressional Benghazi investigative committee.

"After all the campaign resets and the millions poured into TV ads, Hillary Clinton still finds herself disliked and not trusted by the American people," Jeff Bechdel, spokesman for the conservative America Rising PAC, said in a statement.

A Clinton aide pushed back on criticism over the latest FBI probe development, saying the Clintons did not negotiate the arrangement with the back-up services company, and the campaign supports the company turning over any equipment to the Justice Department.