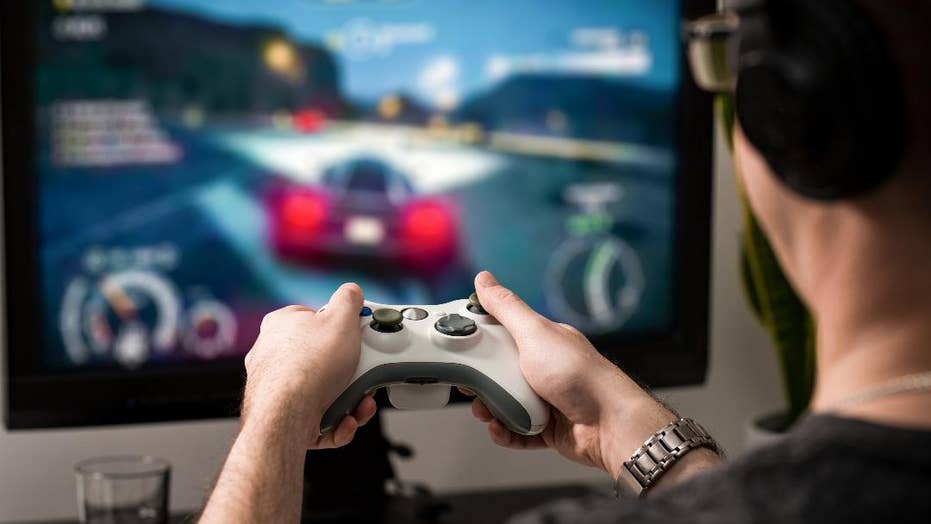 In the wake of the Parkland school shooting, President Trump is meeting with video game executives and members of congress to discuss the role of simulated violence and the impact on America’s youth.

They called it the “Filthy 15.” Fifteen songs from 15 bands or artists that the Parents Music Resource Center found offensive due to explicit content.

Those kids of the 1980s are now adults and parents. And the edgy music then is passé today. It’s hard to attend a sporting event that doesn’t feature Def Leppard, Motley Crue and AC/DC blaring from the stadium loudspeakers. When Prince died in 2016, Sen. Amy Klobuchar, D-Minn., and then-Sen. Al Franken, D-Minn., lauded his work on the Senate floor.

Facing pressure from the PMRC, the music industry agreed to slap labels on some albums, warning of graphic or violent content. The Senate Commerce Committee scheduled a September 19, 1985, hearing to explore the questionable content.

Al Gore would testify alongside then-Sen. Paula Hawkins, R-Fla., at the hearing. The panel invited three musicians to give their takes: Frank Zappa, John Denver and Dee Snider, front-man of the heavy metal group Twisted Sister.

Snider strutting into the ornate hearing room in the Russell Senate Office Building was itself a performance to behold. Snider epitomized the Christian right’s worst nightmare. At the hearing, Snider looked like he just walked into class after hanging out with the hoods in the smoking circle behind the high school in between classes.

For his testimony, Snider painted himself into skintight blue jeans, a cutoff denim vest and a t-shirt. Snider’s signature, spiralized, platinum locks cascaded down his shoulders. Snider slipped off the jacket, revealing a tattoo on his upper tricep. Like hollering at a roadie backstage, Snider barked at a network cameraman to fetch him a glass of water.

Before sitting, Snider fished around in his hip pocket for his opening remarks. Snider finally extracted a crinkled piece of white paper like a flunky, high school sophomore handing in his world history homework. Snider laid the paper across the witness table and burnished it flat with his palm.

It was all choreographed... right down to Snider’s eye-liner.

Snider’s theatrics mocked the stuffy customs of the stately Senate. But it made the point: Don’t mess with the First Amendment and artistic freedom.

Snider, Denver and Zappa appeared on separate panels as sole witnesses. Denver donned a grey-and-blue sports blazer and a collared shirt with no tie.

By contrast, Zappa wore a business suit, customary attire for a Senate hearing. When Sen. Gore began his questioning, he told Zappa he disagreed with his positions. But Gore noted that “I have been a fan of your music, believe it or not. I respect you as a true original and a tremendously talented musician.”

Snider beat Gore to the punch when it came time for the Tennessee senator to begin his inquisition.

“Are you going to tell me you’re a big fan of my music as well,” Snider interrupted Gore, drawing laughter in the hearing room.

The PMRC planned to impose the following rubric on records parents may find offensive:

Well, this was a rock star’s dream. Have the parents label your record as profane or as “devil music” or filled with sexual content. Who in the name of Nikki Sixx wouldn’t then lace their music with all sorts of references, praying to receive a Scarlet Letter from the PMRC and, voila, sell more music to teenagers?

Still, Snider told senators that there were songs he wasn’t a fan of, either.

“As a parent myself and as a rock fan, I know when I see an album cover with a severed goat’s head in the middle of a pentagram between a woman’s legs that it’s not the kind of album I want my son to be listening to,” he said.

Snider noted that he didn’t smoke, drink or do drugs. He also mentioned that he was a Christian and didn’t want to go to hell.

Gore than asked Snider to describe the abbreviation associated with the band: The SMFF of Twisted Sister.

Snider replied that the abbreviation stood for the “Sick, mother-blanking friends of Twisted Sister.

“Is this also a Christian Group?” shot back Gore.

“I don’t think profanity has anything to do with Christianity,” Snider said.

“I was getting a sense from your presentation that you were a very wholesome type of performer,” Gore observed.

People examined video games in the aftermath of the 1999 Columbine High School massacre in Colorado. Gunmen Eric Harris and Dylan Klebold were said to enjoy games like “Doom” and “Duke Nukem.”

Then-President Barack Obama called for a review of video games after the Newtown shooting in 2012.

But back on Capitol Hill in 1985, Twisted Sister’s Dee Snider was trying to stand up for rock ‘n’ roll.

“I’m trying to get people to realize that heavy metal is not necessarily a bad thing,” Snider told the senators.

And, one wonders if that’s the same pitch the video game industry will make as well.