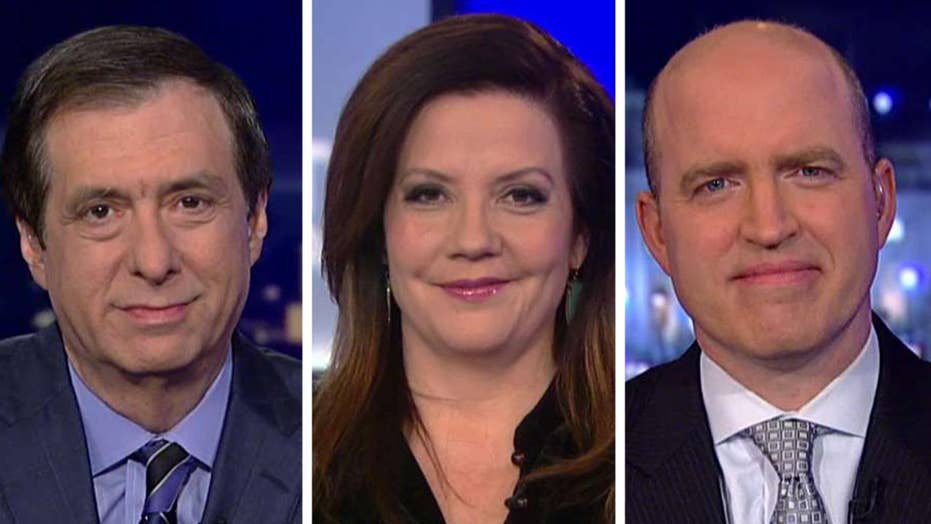 Paying for the past: 2020 Democrats signal support for slavery reparations

A lot has changed since Barack Obama and Hillary Clinton were the Democratic Party's standard-bearers. Neither supported reparations for African-Americans, but now several candidates are embracing the proposal -- including U.S. Sens. Kamala Harris and Elizabeth Warren and former Housing and Urban Development Secretary Julián Castro.

During Friday's "Special Report" All-Star panel, Hemingway -- as well as Fox News media analyst Howard Kurtz and Reuters White House correspondent Jeff Mason -- weighed in on the latest news made by the 2020 aspirants and how their words and actions affect their campaign prospects.

Hemingway began by telling the panel if “socialism, vegetarianism and reparations” are the campaign themes of the eventual Democratic nominee, President Trump will “win in a landslide.”

“It does appeal to a certain constituency, but on a larger scale, I’m not sure how far it will go,” Hemingway said. “We need to have details on what do these reparations mean so the people can determine whether they want, as taxpayers. ... They’ll need to know whether they’re on board with the reparations.”

Kurtz compared Harris’ position on reparations to Trump’s border wall -- something that excites the base but never actually happens. He added that reparations “could turn off white moderate voters” who are looking for an alternative to the current president.

In addition, “It gives the GOP a very fat target and it could open a greater lane for more of a center-left candidate like Amy Klobuchar or, if he ever finishes his 'Hamlet' act and gets onstage, Joe Biden,” Kurtz told the panel.

Meanwhile, Mason said President Trump may be using opposition to socialism as his key theme in 2020, as signaled in a recent speech about Venezuela. Mason called that speech a “clear reference” to politicians like Sen. Bernie Sanders, I-Vt .