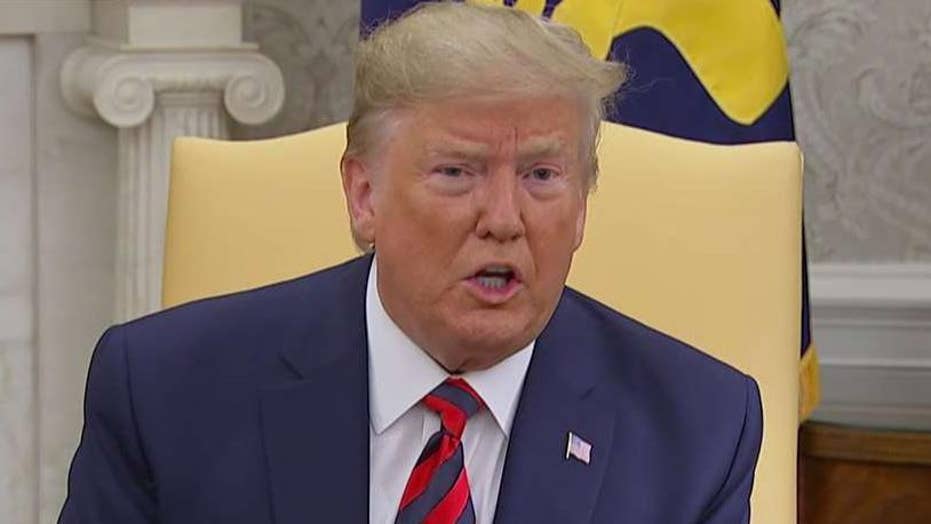 President Trump and Treasury Secretary Steve Mnuchin announce the 'highest level of sanctions' on the Central Bank of Iran and the National Development Fund of Iran in response to strikes on Saudi oil facilities.

President Trump on Friday said he believes sanctions against Iran are working but indicated he would not hesitate to order military action if necessary, saying it would amount to a “very severe form of winning” for the United States.

“We are by far the strongest military in the world,” the president said Friday afternoon during a joint press conference at the White House with visiting Australian Prime Minister Scott Morrison. “Going into Iran would be a very easy decision.”

Earlier in the day Trump announced the U.S. is slapping sanctions on Iran’s national bank, after the administration blamed Tehran for a recent attack on Saudi oil facilities.

“I think the sanctions work,” the president said Friday afternoon, but added that military action “would work” too.

“But that’s a very severe form of winning,” Trump said. “But we’d win. Nobody can beat us militarily. Nobody can even come close.”

Trump on Wednesday ordered Treasury Secretary Steven Mnuchin to "substantially increase sanctions" on Iran. On Friday, Mnuchin stood by the president and said that the sanctions mean that the U.S. has now cut off all sources of funding to Iran.

“Iran could be a great country, could be a rich country, but they are choosing to go a different way,” the president said during the news conference. “There will be a point in which they will be very sorry for that choice.”

Still, Trump indicated he does not want to see war. 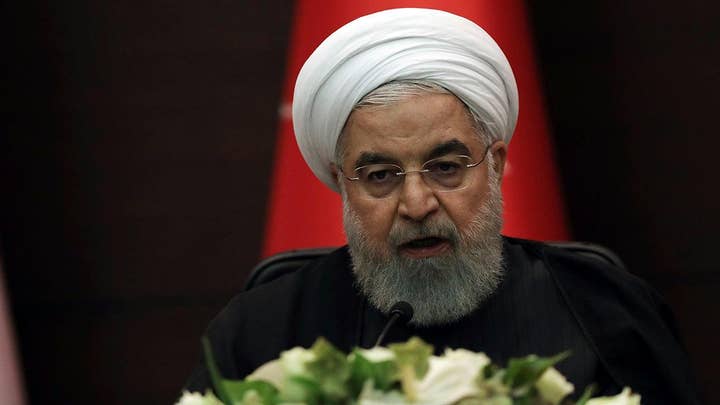 “I think I’m showing great restraint,” he said. “Most people thought I’d go in within two seconds. But plenty of time, plenty of time.”

Friday’s sanctions are the latest in a series of measures designed to tighten the screws and stop Tehran’s sponsorship of terrorism in the region.

The Trump administration pulled the U.S. out of the 2015 Iran nuclear deal last year and has re-imposed waves of sanctions since then. The latest sanctions come after last weekend's bombing on Saudi Arabia's oil facilities, an attack that Secretary of State Mike Pompeo described as "an act of war."

Tensions are likely to bubble up next week at the U.N. General Assembly where both U.S. and Iranian leaders, including Trump, will be in attendance. Trump said he wants to be restrained on the question of military action against Iran and would prefer that the country reform and then to succeed on its own.

But he added: "Iran knows if they misbehave, they’re on borrowed time.”