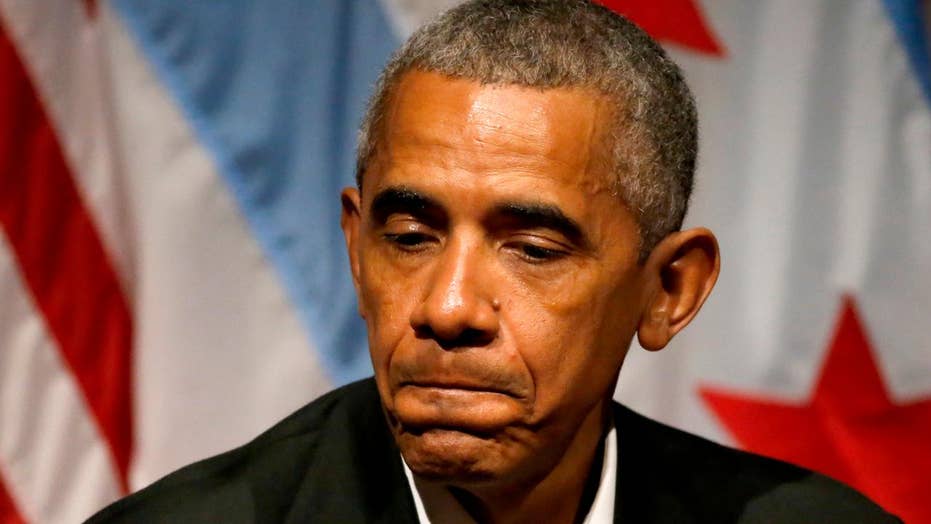 House Republicans are pushing the Trump administration to take a hard look at the Obama administration’s release last year of several Iranian prisoners as well as a reported decision to abandon the pursuit of Iranian fugitives – even suggesting some cases be re-opened.

The calls follow an extensive report by Politico earlier this week on the Iran dealings.

The article said some of the prisoners released as part of a January 2016 prisoner swap with Iran had actually been "accused by Obama's own Justice Department of posing threats to national security." At the time of their release, the prisoners were described by then-President Barack Obama as "civilians," and their release was framed as a "reciprocal humanitarian gesture" in exchange for the return of several American prisoners held by Iran.

In addition, the administration reportedly dropped charges against more than a dozen fugitives suspected of aiding Iran's nuclear and military weapons programs. Politico also suggested that “Justice and State Department officials denied or delayed requests from prosecutors and agents to lure some key Iranian fugitives to friendly countries so that they could be arrested.”

The revelations are now inspiring calls from lawmakers to review some of the cases abandoned by the previous administration.

In light of the claims, Royce recommended the Trump administration "revive law enforcement efforts unwisely abandoned by the Obama Administration to target individuals assisting Iran in its pursuit of its nuclear and missile programs." Royce says this includes the possibility of re-opening cases that had reportedly been hindered, and "an administration-wide policy directive to encourage investigations of Iranian commodity trafficking efforts that includes a determined extradition process."

House Majority Leader Kevin McCarthy, R-Calif., declared on Twitter that it has become clearer than ever that "President Obama's Iran deal has been an unmitigated disaster."

"This fits a larger pattern where the Obama Administration consistently downplayed the Iranian threat in order to get a deal done at any cost," McCarthy added in a statement.

Politico's reporting, and the sentiments from both McCarthy and Royce, seem to be supported by an expert who testified before Royce's committee earlier this month.

Dr. David Albright, president of the Institute for Science & International Security, testified earlier this month that "during the [Iran Deal] negotiations and for some time afterwards, the [Obama] administration blocked or did not process several extradition requests and lure memos aimed at arresting and convicting Iranians and their agents engaged in breaking U.S. export and sanctions laws."

According to Albright, the blocking or delaying of requests also "served to discourage new or on-going federal investigations of commodity trafficking involving Iran."

The reason for all of this, according to Albright, was a "misplaced fear that Iran would walk away from the [nuclear] deal."