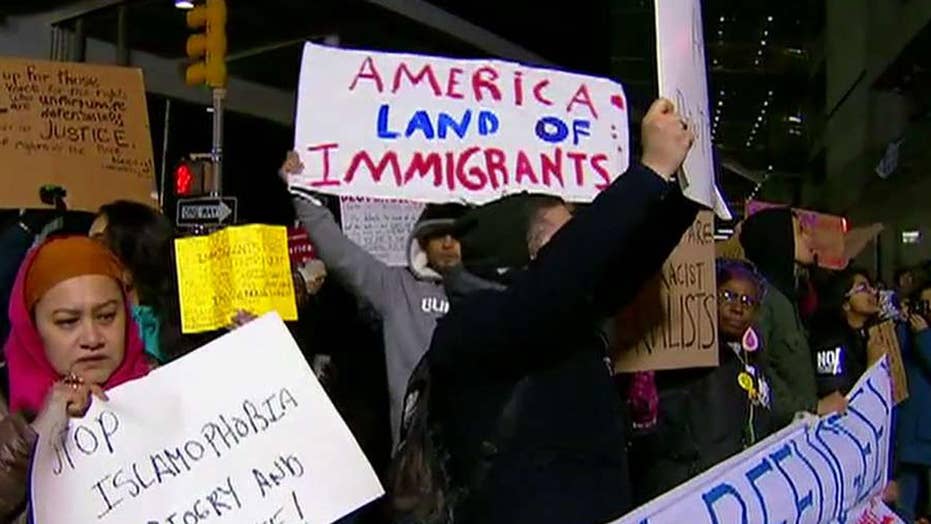 “The president’s revised immigration order is constitutional, lawful, addresses the 9th Circuit’s concerns and is a vital step in securing our borders,” Paxton said in a statement. “A temporary pause in the national refugee program will give the government time to review and determine how we can improve the screening process for foreign nationals seeking to enter the U.S. from six countries designated as ‘countries of concern’.”

The revised executive order still imposes a 90-day suspension of entry to the United States for nationals of several mostly Muslim countries: Sudan, Syria, Libya, Somalia, Yemen and Iran. Iraq was on the list in the original order but was removed after the Iraqi government agreed to increase cooperation with Washington on vetting travelers to the U.S.

The revised order also dropped language calling for an “indefinite suspension” of Syrian refugees; they are no longer singled out, which addresses an issue raised by the courts.

The new order also clarifies that foreign nationals from the six countries listed who already had valid visas as of Jan. 27 would not be affected. Further, the new order exempts green card holders and makes clear that legal permanent residents are not affected.

“President Trump’s revised immigration order is necessary to protect the homeland from those who wish us harm,” Paxton said.