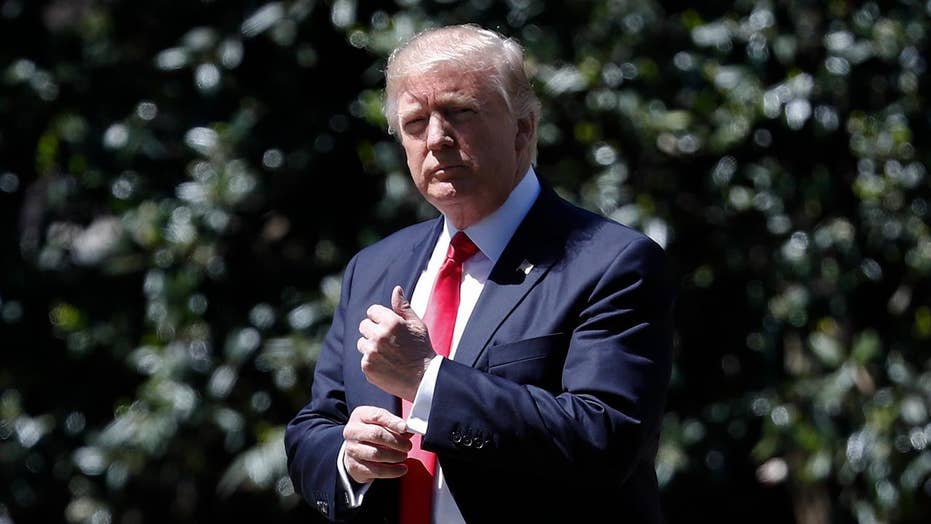 President Trump will travel to Wisconsin Tuesday, where he will sign an order aimed at changing a visa program that brings in highly skilled workers from overseas.

The order, dubbed "Buy American, Hire American," would direct the departments of Homeland Security, Justice, Labor and State to propose new rules to prevent immigration fraud and abuse. Those departments would also be asked to offer changes so that H-1B visas are awarded to the "most-skilled or highest-paid applicants."

The White House said the H-1B program is currently undercutting American workers by bringing in cheaper labor and said some tech companies are using it to hire large numbers of workers and drive down wages.

Administration officials said the order also seeks to strengthen requirements that American-made products be used in certain federal construction projects, as well as in various federal transportation grant-funded projects. The officials said the commerce secretary will review how to close loopholes in enforcing the existing rules and provide recommendations to the president.

The order specifically asks the secretary to review waivers of these rules that exist in free-trade agreements. The administration said that if the waivers are not benefiting the United States they will be "renegotiated or revoked."

During his campaign, Trump said at some points he supported high-skilled visas, then came out against them. At one debate, he called for fully ending the program, saying: "It's very bad for our workers and it's unfair for our workers. And we should end it."

The officials said the changes could be administrative or legislative and could include higher fees for the visas, changing the wage scale for the program or other initiatives.

About 85,000 H-1B visas are distributed annually by lottery. Many go to technology companies, which argue that the United States has a shortage of skilled technology workers.

But critics say the program has been hijacked by staffing companies that use the visas to import foreigners -- often from India -- who will work for less than Americans. The staffing companies then sell their services to corporate clients who use them to outsource tech work.

Employers from Walt Disney World to the University of California in San Francisco have laid off their tech employees and replaced them with H-1B visa holders. Adding to the indignity: The U.S. workers are sometimes asked to train their replacements to qualify for severance packages.

On the planned order by Trump, Ronil Hira, a professor in public policy at Howard University and a critic of the H-1B program, told the Associated Press, "It's better than nothing." But he added, "It's not as aggressive as it needs to be."

The tech industry has argued that the H-1B program is needed because it encourages students to stay in the U.S. after getting degrees in high-tech specialties -- and they can't always find enough American workers with the skills they need.

Congress is considering several bills to overhaul the visa program. One, introduced by Sen. Dick Durbin, D-Ill. and Sen. Chuck Grassley, R-Iowa, would require companies seeking H-1B visas to first make a good-faith effort to hire Americans, a requirement many companies can dodge under the current system; give the Labor Department more power to investigate and sanction H-1B abuses; and give "the best and brightest" foreign students studying in the U.S. priority in getting H-1B visas.

Trump will sign the order at the Kenosha headquarters of tool manufacturer Snap-on Inc. His visit comes as the president faces an approval rating of just 41 percent in Wisconsin, a state he barely won in November. The visit also would take him to the congressional district of House Speaker Paul Ryan, who won't be joining the president because he's on a bipartisan congressional trip visiting NATO countries.

Trump carried Wisconsin in November by nearly 23,000 votes -- less than 1 percentage point -- making him the first Republican to win the state since 1984. He campaigned on the promise of returning manufacturing jobs that have been lost in Upper Midwest states.

Founded in Wisconsin in 1920, Snap-on makes hand and power tools, diagnostics software, information and management systems, and shop equipment for use in a variety of industries, including agriculture, the military and aviation. It has eight manufacturing sites in North America, including one in Milwaukee. The company employs about 11,000 people worldwide.