President Trump is set to deliver his second State of the Union address on Tuesday in the wake of a monthlong government shutdown over his proposed border wall that widened the political gap in an already fractured nation and set his approval ratings tumbling.

In an attempt to repair the partisan divide, the normally-confrontational Trump plans – at least for the night – to strike a conciliatory tone and deliver a call for unity during his address before Congress.

With the official White House theme for speech being "Choosing Greatness,” the plan for Trump’s address is to pitch a message of political togetherness and reset relations with Democrats, who took control of the lower house of Congress in the midterm elections and have made it their goal to stymie anything on the White House’s agenda.

An early excerpt of the speech, released by the White House, has Trump saying: "Together we can break decades of political stalemate; we can bridge old divisions, heal old wounds, build new coalitions, forge new solutions, and unlock the extraordinary promise of America's future. The decision is ours to make." 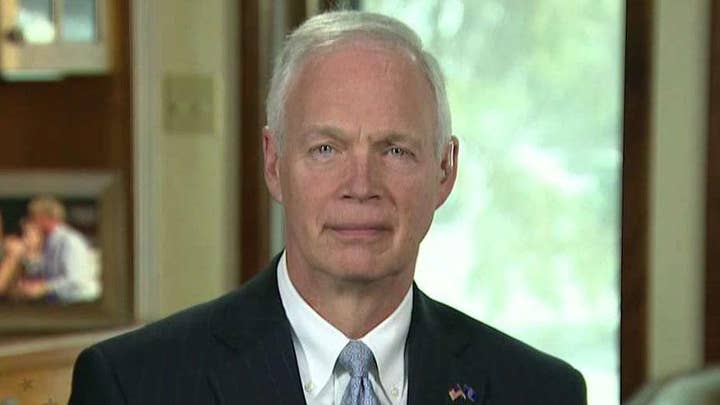 While Trump is more well known for picking fights and his harsh rhetoric – he has not backed down on his criticism of House Speaker Nancy Pelosi, D-Calif., calling her on Friday clueless and her ideas dangerous – the president is expected in his address not to dwell on partisan rancor, but instead focus on few bipartisan accomplishments under his administration and make a plea to Democrats to work with his administration on issues of mutual interest.

Some of those issues are infrastructure, drug prices and vocational training. Trump will call on Congress to produce an infrastructure package and support efforts to lower the cost of health care and prescription drugs.

WHEN IS THE 2019 STATE OF THE UNION ADDRESS? EVERYTHING TO KNOW ABOUT TRUMP'S SECOND SPEECH TO CONGRESS

Ever since his days as a New York real estate developer Trump has sought to build suspense around his events and the flair for the dramatic was on display last week when he hinted that he might make a big proclamation during his address – possibly eschewing his planned unifying message and announcing a national emergency to circumvent Congress in his quest to build his long-promised border wall.

"Well, I'm saying listen closely to the State of the Union. I think you'll find it very exciting," he said.

Whether or not he goes through with declaring a national emergency during his speech, immigration and the border are expected to feature heavily in the address -- with Trump detailing what he sees as the dangers of illegal immigration and discussing his efforts to revise trade deals, including the updated agreement with Canada and Mexico.

On foreign policy, the president will discuss military efforts around the world -- stressing his interest in ending U.S. engagement in foreign wars – and is expected to discuss the political turmoil in Venezuela and trade negotiations with China.

There is also speculation that Trump’s hints of a big announcement during the State of the Union will be in regards to his plan to pull U.S. forces out of Syria. 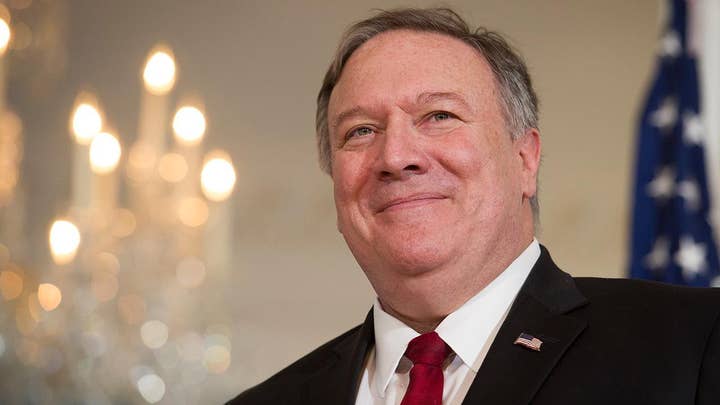 Secretary of State Mike Pompeo told Fox News recently that the president would "make a significant announcement, I think in the State of the Union next week, with respect of the status of the caliphate, the real estate, the grounds from which (the Islamic State group) had been operating in Syria."

Analysts say that Trump’s address will give voters their first clues as to what his 2020 re-election campaign message will be and that if he hopes to retain the White House, the president must make inroads with moderate Republicans.

"Presidents have walked into that chamber in weakened positions before," Jon Meacham, a presidential historian and author, told the Associated Press. "But Trump does not have the usual base of support. Legislative Republicans fell in line with Trump because they were afraid of him and his supporters and if that support is eroding, the end will be quick."

Bill Galston, a presidential scholar at the Brookings Institution and former adviser in the Clinton administration, said giving the GOP losses during the midterm elections and the president’s falling poll numbers, Trump needs to look beyond his political base on Tuesday.

"He desperately needs to send a signal to the American people that his administration is open for business, that he is prepared to negotiate on a wide range of issues that might enable him to broaden support," Galston said.