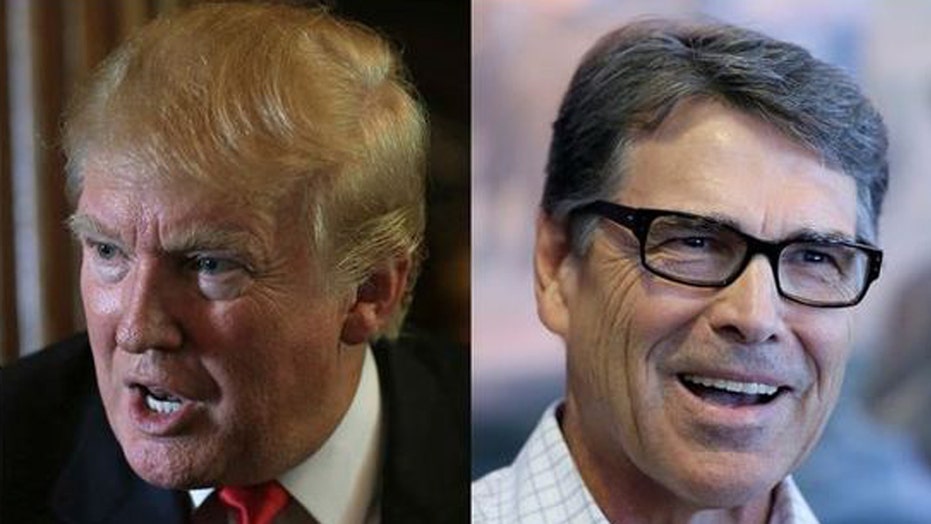 The two sides finalized the decision during a meeting Monday evening at Trump Tower.

The pick could be seen as ironic for some as Perry famously forgot that he wanted to torpedo the Energy Department during a 2011 presidential debate. He couldn’t remember the department when he was ticking off which departments he would eliminate.

"I will tell you, it is three agencies of government when I get there that are gone. Commerce, Education, and the — What’s the third one there? Let’s see. ... Oops," Perry said, in a gaffe that effectively derailed his 2012 bid.

The former Texas governor is a board member for Energy Transfer Partners, which is attempting to build the Dakota Access pipeline. The construction of the pipeline sparked protests and its attempted passage through Lake Oahe in North Dakota was blocked recently by the Army Corps of Engineers over concerns it could damage the water supply in tribal lands.

Trump supports the completion of the pipeline and had vowed to solve the situation “quickly.”

Perry ran for president in both the 2012 and 2016 campaigns, bowing out in both.

Perry’s 2016 presidential campaign was supposed to be his self-described “second chance.” However, Perry never broke through as a top candidate and was never invited to participate on the main debate stage.

After minimal fundraising and being forced to stop paying campaign staff in late August, Perry suspended his campaign for the Republican nomination.

In August 2014, Perry was indicted by a grand jury for abuse of power. He threatened to defund a statewide Public Integrity Unit as a way to force the resignation of Travis County District Attorney Rosemary Lehmberg, a Democrat who had pleaded guilty to driving while intoxicated. The indictment added to the multitude of distractions for Perry’s presidential campaign; the charges were later dismissed.

Perry initially endorsed Sen. Ted Cruz after dropping out of the presidential race, but then turned around to support Trump.