President Trump is set to address U.S. troops and the nation about the war in Afghanistan Monday night, the White House announced on Sunday, as the president considers whether to take a new approach to the conflict that has stretched on for 16 years.

Trump will "provide an update on the path forward for America’s engagement in Afghanistan and South Asia" at 9 p.m. ET, the White House said. The president is scheduled to speak from Fort Myer in Arlington, Virginia.

The president hinted Saturday that he and top U.S. generals have agreed on a new strategy for America's longest war, after huddling Friday at the presidential Camp David retreat.

"Important day spent at Camp David with our very talented Generals and military leaders," Trump tweeted. "Many decisions made, including on Afghanistan."

Since taking office, Trump has considered several options for Afghanistan, from sending in additional troops to walking away from the war, an unlikely move considering U.S. concerns about thwarting Islamic terrorism.

Solutions for Afghanistan, which include ending the longest war in American history, eluded the Obama administration and have not come easily to Trump.

The challenge is largely how to step up the fight against terrorism in a way that advances peace prospects -- in large part because the Taliban have gained ground and show no interest in peace negotiations.

Mattis said earlier this week the administration was "very close" to finalizing a new approach, after the defense secretary presented the president with "several" options. 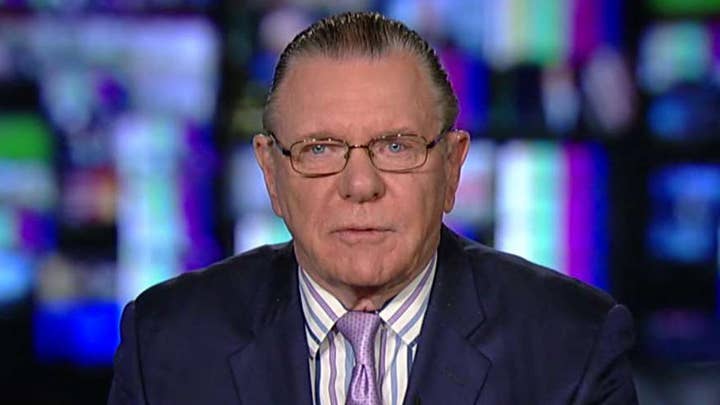 Months ago the Pentagon settled on a plan to send about 3,800 additional troops to strengthen the Afghan army, which is stuck in what some call a deteriorating situation with the Taliban insurgency. Within in the White House, questions persist about the wisdom of investing further resources in the war. Even if the administration decides to add more troops, it's unclear whether they could get there quickly enough to make a difference in the current Afghan fighting season, which winds down in autumn.

The administration has said its Afghanistan strategy will be informed by a review of its approach to the broader region, including Pakistan and India. The Taliban have long used Pakistan as a sanctuary, complicating efforts to defeat the insurgency in Afghanistan and stabilize the country. The region includes other actors who pose political problems for Washington, including Iran, which has influence in western Afghanistan.

Government forces also are battling an Islamic State affiliate that has carved out a foothold mostly in the east. Trump has vowed to crush ISIS, so its expansion in Afghanistan poses an additional challenge with no immediate solution. Just this week, a U.S. soldier was killed and nearly a dozen were wounded in combat with ISIS fighters.

The U.S. has about 8,400 troops in Afghanistan. Their primary roles are to train and advise Afghan forces and to hunt down and kill members of Al Qaeda and other extremist groups.